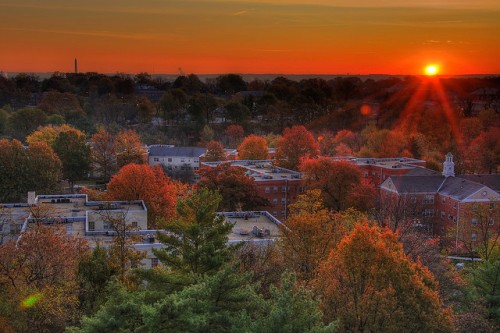 Bayou Bakery Opens, Officially — “Come and get it,” the press release says — Bayou Bakery is “officially” open today, albeit with (unspecified) limited hours and a limited menu. The cafe/restaurant/bakery, in the old Camille’s space at 1515 North Courthouse Road, was unofficially open on Friday and Saturday.

Tejada Expresses Frustration Over Secure Communities Doublespeak — County board member Walter Tejada, who led the charge to opt out of the federal Secure Communities immigration initiative, is not happy about the mixed signals coming out of the Department of Homeland Security. At first the department signaled that localities could opt out of the program, only to later clarify that it was next to impossible to do so. “If that had been the case why didn’t they tell us in May?” Tejada asked. More from the Washington Post.

Lyon Park Has Extra Tulip Bulbs — The Lyon Park Citizens Association is trying to give away extra tulip bulbs to its neighbors. The community received the bulbs from the National Park Service’s Tulip Library and planted most of them earlier this month. The excess bulbs are now up for grabs. Tara-Leeway Heights is among the neighborhoods considering vying for a tulip donation.

Arlington Schools Get More iPads — Arlington Public Schools have received a $70,000 grant that will go toward the purchase of 120 new Apple iPads. The $499 devices will be shared by students at Barrett, Carlin Springs and Randolph elementary schools. The donation will supplement a state education grant of 70 iPads received by Arlington in September.