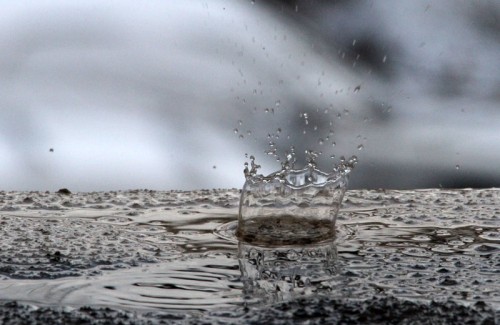 McDonnell Gives State of the Commonwealth Address — Speaking to a joint session of the Virginia General Assembly last night, Gov. Bob McDonnell (R) urged state lawmakers to put aside their partisan differences to help solves the state’s challenges, particularly roads and transportation. He also spoke of job creation and the rapid rise of college tuition. The speech was so polished that one state delegate from our area tweeted that he thinks McDonnell “is running for president.” Despite the overall bipartisan tone, McDonnell took the time to lavish praise on Attorney General Ken Cuccinelli’s pending lawsuit against the Democrat-backed federal health care reform bill. [Richmond Times-Dispatch, Washington Post]

Arlington Cop Helps Nab Jersey Bank Robbery Suspect — While driving on westbound I-66 early Tuesday morning, an alert Arlington police officer got a hit on a vehicle belonging to a suspected bank robber out of New Jersey. The officer stayed with the car as it exited the county. Backup — in the form of Fairfax County and Virginia State Police — eventually caught up and helped arrest the suspect after he pulled off the highway in Fairfax. [Bergen Record]

Hynes to Speak About Helicopter Noise — County Board Vice-chairman Mary Hynes will discuss helicopter noise before the Metropolitan Washington Council of Governments today. Noise from helicopters is a persistent source of resident complaints in Arlington. Hynes is expected to talk about what’s being done to mitigate the noise. [WTOP]

County Releases Revised EFC Area Plan — The county has released the latest version of its controversial plan to urbanize the area around the East Falls Church Metro station. [TBD]

More Stories
What’s Up With the Back-In Parking Spaces in Courthouse?Circa at Clarendon to Open on Monday