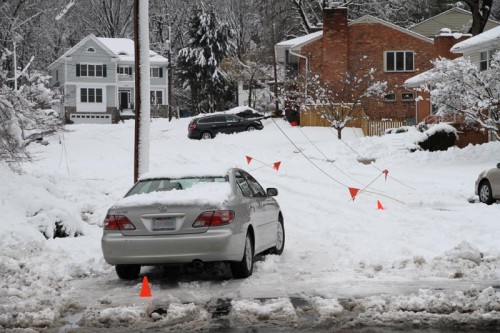 Update at 12:05 p.m. — The county has informed us that the previous numbers we were given were wrong. The article now reflects the updated numbers.

Last week’s snow and ice storm has resulted in a total of 679 complaints to Arlington County through its new Report a Snow Issue form, according to the county’s Department of Environmental Services.

As of last night, here’s the breakdown of what citizens are reporting:

By comparison, TBD reported that 30 complaints were submitted after 2-3 inches of snow fell on Dec. 16.

The county’s new snow removal ordinance says that snow and ice must be removed from public sidewalks 24 hours after precipitation stops falling. So far, however, no fines have been issued as a result of the ordinance.

“Our collective focus this year has been on education and compliance,” said Department of Environmental Services spokeswoman Myllisa Kennedy. “To date, there have not been any civil infractions issued according to Code Enforcement.”