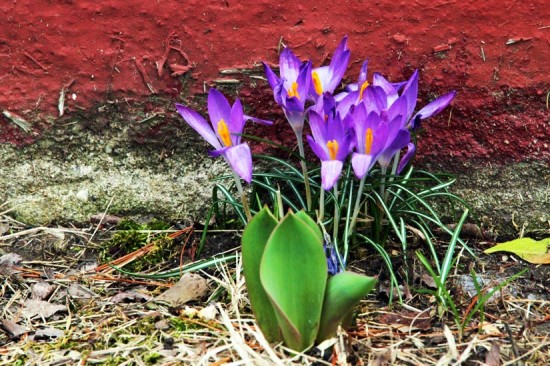 Underground Explosion Rocks Pike Townhouse Complex — An underground explosion caused a manhole cover to fly across the backyard of a townhouse complex near Columbia Pike yesterday morning. Firefighters are still trying to determine what caused the blast, but a strong gasoline-like odor could be smelled in the area. The gas also apparently caused fires to start near water heaters inside the townhouses. The complex is across the street from an auto repair shop and next to Four Mile Run. [ABC 7]

County Offers Tree Grants to Neighborhood Groups — Arlington is offering grants to local groups that want to plant trees on private property in the county. Grant applications are due in July, but groups must file a notice of intent next month. [Sun Gazette]

Pike Apartment Community May Be Redeveloped — Renovations or an out-and-out redevelopment may be in the works for the Greenbrier Apartments at 4975 Columbia Pike. The garden-style apartments were built in 1949 and are considered market-rate affordable. Arlington recently revised its affordable housing goals. [Pike Wire]

Nottingham PTA 5K This Weekend — The Nottingham Elementary PTA 5K Run/Walk is being held this weekend, with a course that will wind through part of North Arlington. Registration for the race ends tomorrow morning. [Active.com]