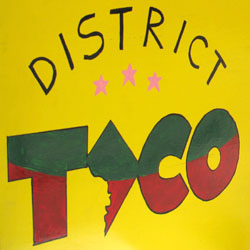 The restaurant, at 5723 Lee Highway, received its state alcoholic beverage permit today, according to owner Osiris Hoil. That means the eatery — which has thus far been limited to serving soda, juice, water and coffee — will be able to celebrate Cinco de Mayo tomorrow (Thursday) with cold cervezas.

We also learned today that District Taco is planning on opening a second brick-and-mortar restaurant by the end of the year. The restaurant will open somewhere in D.C. proper, Hoil confirmed.

Hoil says they haven’t settled on a location, but hinted that he hopes President Obama will drop by one day. On its web site, District Taco says it also has plans to expand outside the Washington area.