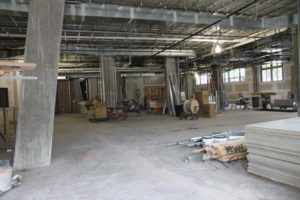 Within a year the area around Bob & Edith’s Diner (2310 Columbia Pike) will become a late night hub, complete with a 7-Eleven, a 6,500 square foot bar/restaurant and a 24-hour fitness center.

The first of the three new businesses to open will be Xsport Fitness, a 12,000 square foot, 24  hour per day, 365 day per year gym on the ground floor of the Siena Park apartment complex (2301 Columbia Pike).

If you’ve driven by during the day, you’ve probably seen muscle-bound Xsport representatives promoting discounted pre-opening memberships. General manager Matt Minuth, who can apparently bench press 900 pounds, says the company is offering free enrollment and a lifetime monthly rate of $19.95 for customers who sign up in advance. (Normally there is a $99 enrollment fee.)

Minuth says he expects the gym to open mid-July. In addition to modern fitness equipment, the gym will offer personal training sessions, tanning booths, a juice bar, a club store and a child care area. 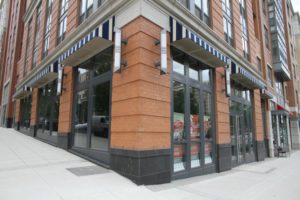 Next up is William Jeffrey’s Tavern, a new neighborhood bar/restaurant concept from the owners of Rhodeside Grill and Ragtime.

Also located on the ground floor of the Siena Park apartments, William Jeffrey’s will offer “quality eclectic-American cuisine at reasonable prices,” according to a press release. The restaurant will feature “a well-stocked bar with several beers on tap, a full wine list, space for private parties, weekend brunch, live acoustic music, and multiple HDTVs.”

Finally, a new 7-Eleven store is reportedly opening across the street, in the old Saah furniture store at 2330 Columbia Pike. According to Pike Wire, the new 7-Eleven — located just four blocks from an existing 7-Eleven — is expected to open in the first quarter of 2012.