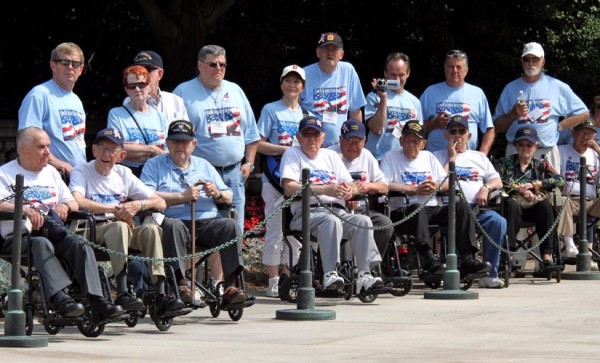 Striking ART Drivers Fired — The Examiner’s Liz Essley reports that the Arlington Transit bus drivers who went on strike yesterday have been fired by Forsythe Transportation, the contractor that operates ART buses. The paper also reports that the labor dispute came to a head when Forsythe fired the head of the bus drivers union last week. ART buses are operating on a reduced frequency schedule today, with all routes in service except the 61B route. [Washington Examiner, Arlington Transit]

Airport Uniforms Found in Ballston — Three pairs of airport employee uniforms and a Washington Reagan Airport safety vest have been found in the bushes outside Carpool restaurant in Ballston (4000 Fairfax Drive). The Metropolitan Washington Airports Authority and Arlington police are investigating how the uniforms wound up there. [WJLA]

Goodbye, Hollywood Video — A shuttered Hollywood Video store and a small office building along Wilson Boulevard are set for demolition this month. The buildings are being razed to make way for a 191-unit apartment complex, which will include a parking garage and ground-level retail space. [Washington Business Journal]