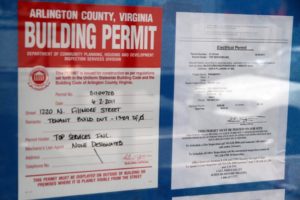 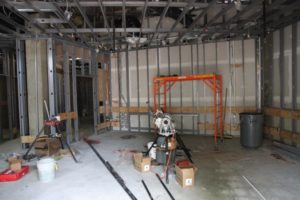 Two months after we first told you that a Pinkberry frozen yogurt store was coming to Clarendon, construction permits are posted on the Clarendon Boulevard storefront.

So far Pinkberry reps are mum about when the company hopes to open the small store. It appears that interior construction is only just getting underway, however, signaling that an opening by the end of the summer is unlikely.

Pinkberry has a “cult-like” following in other parts of the country, but it will face tough competition in Clarendon. An existing Red Mango froyo store is only one block away and the new Larry’s Homemade Ice Cream store two blocks away expects to sell non-fat frozen yogurt.