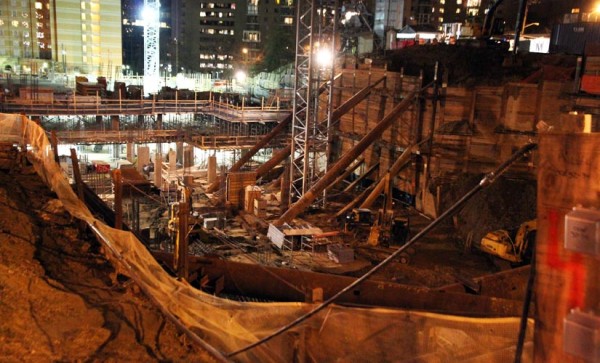 Construction Progress in Rosslyn — Progress is being made on two major construction projects in Rosslyn. Despite a partial collapse of a retaining wall over the summer, the shell of one of the future Sedona and Slate apartment buildings (above) is nearing street level. We’re also told that the shell of the future 1812 N. Moore office tower is steadily making its way, floor by floor, toward the top of the construction pit and may be visible from street level in the near future.

Another Possible County Board Candidate — Lyon Village Citizens Association president H.K. Park is mulling a run for state Senator-elect Barbara Favola’s Arlington County Board seat. If he does, he’ll be the seventh candidate to announce his or her candidacy. [Sun Gazette]

Tejada Endorses Bondi — County Board member Walter Tejada has announced that he’s supporting Melissa Bondi in the upcoming County Board special election. Bondi, who has been active in local Democratic politics for more than a decade, is also being supported by Delegate-elect Alfonso Lopez, Clerk of the Circuit Court Paul Ferguson and School Board member James Lander. [Bondi for County Board]