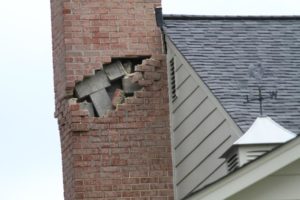 For the remaining two weekdays of the year, we’re counting down the top 10 most-read ARLnow.com stories of 2011. Today, we’re taking a look back at numbers 6-10.

10. Earthquake Hits D.C. Area (9,606 views) — All of a sudden, at 1:51 p.m. on a Tuesday, a 5.8 magnitude earthquake shook the D.C. area, sending office workers scurrying out into the streets and freaking out just about everybody who wasn’t a California transplant. The quake also crashed the our (now former) web server, making it difficult to access the site for about an hour following the quake.

9. Pedestrian Struck on Quincy Street Dies (10,035 views) — In one of the saddest stories of the year, a 28-year-old Arlington woman died after being struck by a pickup truck while walking her dog near Washington-Lee High School. Alison Beth Drucker managed to cling to life for about two weeks after the accident, but eventually succumbed to her injuries. On Aug. 25, the 18-year-old man who was driving the truck that struck Drucker pleaded guilty to reckless driving. 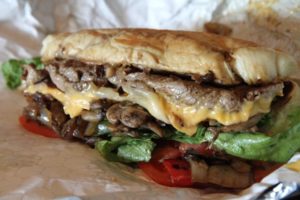 8. Ray’s Steak and Cheese Opens (10,642 views) — Restauranteur Michael Landrum attracted a lot of attention with the opening of a new eatery devoted exclusively to one dish: a big, tasty steak and cheese sandwich. Alas, the delicious creation was apparently not enough to sustain an entire restaurant; Ray’s Steak and Cheese was replaced by its predecessor, Ray’s Hell Burger Too, less than a month after it opened.

7. I-66 Sign Sports a Misspelling (11,480 views) — Somehow, the hard-working folks at VDOT missed a fairly obvious misspelling on a large exit sign on I-66. This story was picked up by WTOP, the Washington Post, and a couple local TV stations — but nearly half of the web traffic came from people sharing the article on Facebook.

6. Principal Sends Email to Parents Criticizing Superintendent (11,583 views) — Williamsburg Middle School Principal Kathleen Francis was mad as hell and she wasn’t going to take it anymore. So on the evening of Feb. 1, Francis sent an email blast to Williamsburg parents, telling them she was resigning and filing age and gender discrimination complaints against Arlington Public Schools. Francis was particularly peeved about a personnel complaint she felt had been poorly handled by Superintendent Dr. Patrick Murphy.