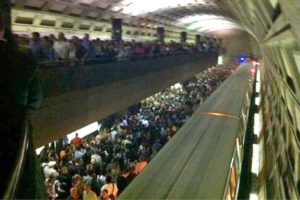 Today we wrap up the countdown of the top 10 most-read ARLnow.com stories of 2011. Without further ado, here are numbers 1-5.

5. Ambulances Dispatched to Rosslyn Metro Station (11,936 views) — On Oct. 11, a man jumped in front of an Orange Line Metro train (see #4), forcing a shutdown of the busy rail line during the evening rush hour. The Rosslyn Metro station got so crowded as a result of trains offloading there that police were called in for crowd control. Cops arrived and found riders nearly falling off the jam-packed platform. There were also people seen gasping for breath as they rode up the station’s long escalators, according to police radio traffic. Fearing a possible gas leak and stampede situation, police called in a mass casualty response from several neighboring jurisdictions. Numerous ambulances and fire engines converged on the station, gridlocking traffic in Rosslyn. In the end, it was only a precautionary move — one person was treated after suffering an asthma attack, but no other injuries were reported. 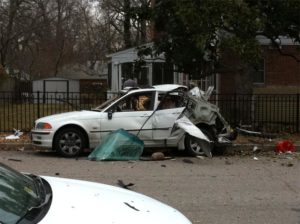 4. Person Hit By Train at Clarendon Metro Station (12,025 views) — One man’s decision to purposely throw himself in front of a Metro train threw the evening rush hour into chaos. Though the man’s fatal decision was a tragedy, it’s also worth mentioning the traumatized train conductor and the dozens of passengers who had to spend 75 claustrophobic minutes breathing hot, stale air on the striking train as technical rescue crews worked to extricate the man.

3. Car Explodes in Penrose (12,431 views) — When a white BMW exploded just a block or two from a secure military facility in Penrose, many people assumed the worst. Those fears of foul play were exacerbated when heavily-armed police officers arrested a young man in a nearby apartment building. In the end, however, no one was injured and the explosion turned out to be an accident: it was a welder’s acetylene torch that exploded. 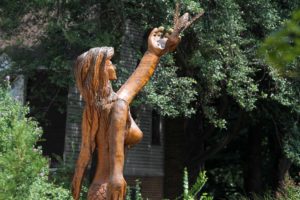 2. Collapse at Rosslyn Construction Site (15,870 views) — Amid heavy rains, a large retaining wall partially collapsed at the Sedona and Slate apartment construction site in Rosslyn. The collapse closed local roads and put the structural integrity of an adjacent apartment building in doubt, eventually forcing the 20-35 people who lived there to find new homes.

1. For Sale: 18-Foot Topless Wooden Mermaid (19,545 views) — In a story that received national attention from websites like Fark.com, we reported on a well-known, 18-foot wooden sculpture in the Leeway Overlee neighborhood that was put up for sale by a homeowner. The lead paragraph said it all: “If you’ve ever dreamed of owning a huge, wooden mermaid with big, exposed breasts, now is your chance. All you need is three grand and a chainsaw.”

Read more →
More Stories
Your Beermonger: The Hop Of The MatterMorning Notes