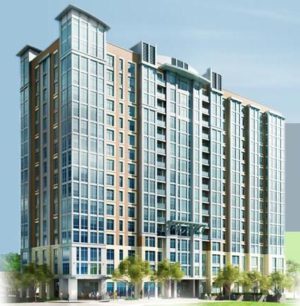 A 16-story, 254-unit mixed-use apartment building planned for Courthouse is still on hold thanks to a lack of financing.

The Washington Business Journal reports that this month the Arlington County Board gave the developer behind the proposed Tellus apartment building an additional three years to get the project off the ground.

Construction had been set to begin in 2010, but “changing market conditions” mean that the building is still just a twinkle in the eye of its architect. For now, a 60s-era office building remains at 2009 N. 14th Street, where construction would be well-underway had the money been available to build the apartment complex.

2009 N. 14th Street is located one block away from both the Arlington police station and the proposed year-round county homeless shelter. 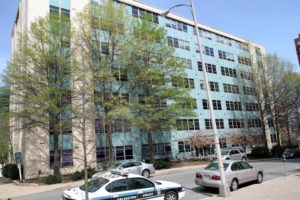 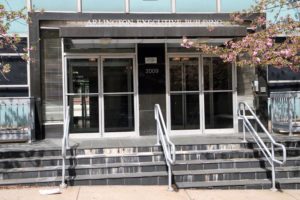