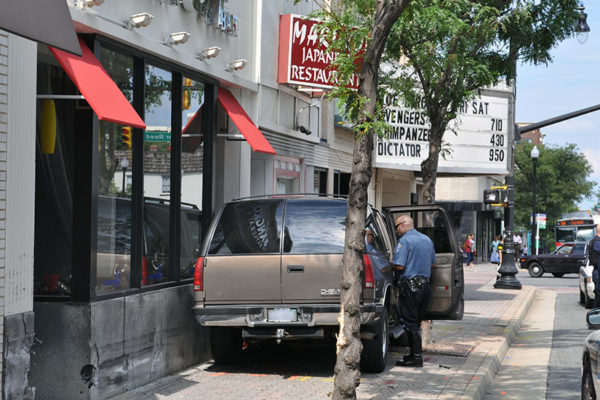 The crash happened around 3:45 p.m. Damage to the building appeared to be relatively minor and confined to the front facade of the eatery. The vehicle also nicked a street tree before coming to rest between Bangkok 54 and Maruko Japanese Restaurant. A box of beer could be seen in the back of the SUV.

The driver tried to run once police arrived on scene, we’re told. He hopped a fence behind the nearby McDonald’s restaurant but was tased by police and apprehended a block or two away.

The man, who was the only occupant of the vehicle, was evaluated for minor injuries and was transported to a local hospital, where he will undergo drug and alcohol testing, according to Arlington County Police spokesman Dustin Sternbeck. No other injuries were reported.

Police are investigating whether the vehicle might have been stolen or used without authorization. 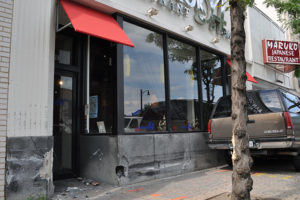 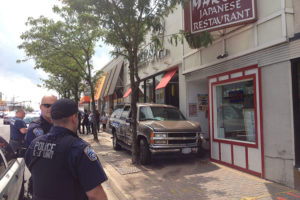 END_OF_DOCUMENT_TOKEN_TO_BE_REPLACED

More Stories
Confessions of a “John” Arrested in ArlingtonMorning Notes