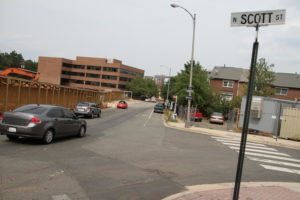 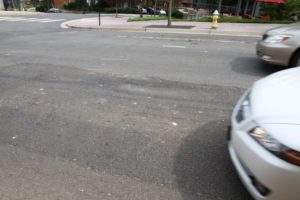 Drivers who use the rough stretch of Clarendon Boulevard between Courthouse and Rosslyn will get some relief in the next few weeks.

The developer behind a new residential complex that’s being built on the old Hollywood Video site is planning to smooth out some rough patches of road on Clarendon Boulevard in the area of N. Scott Street, according to Arlington County Department of Environmental Services (DES) spokeswoman Shannon Whalen McDaniel. The work is expected to be performed in about three weeks.

Arlington County does not have any paving scheduled for Clarendon Boulevard between Rosslyn and Courthouse due to a number of large construction projects in the area. The developers of those projects — including the aforementioned residential building, a new office building and a new apartment complex — are responsible for fixing the road.

Kennedy said that residents can still report potholes and other problems on the road via the county’s online reporting form, or by calling 703-228-6570.