It may be only a matter of days before Columbia Pike’s most ambitious bar/restaurant effort to date opens to the public.

Eamonn’s A Dublin Chipper and T.N.T. Bar, at 2413 Columbia Pike in the Penrose Square development, were hoping to open this coming Monday, but the opening had been delayed due to permitting issues, according to a PR rep. Nonetheless, the interior of the restaurant appears to be nearly finished and T.N.T. is already being touted as the ” latest and greatest bar” yet for famed local mixologist Todd Thrasher.

This is the first Arlington eatery and watering hole for EatGoodFood Group, which operates Restaurant Eve, Eamonn’s, PX, The Majestic and Virtue Feed and Grail, all in Alexandria.

Eamonn’s serves fish, chips, appetizers and small desserts in Old Town Alexandria. An official menu for the Columbia Pike location has yet to be released, but a press release (below) says it will expand on the concept with new offerings like southern fried chicken wings, mini meat pies, house-made biscuits with corned beef, sausage rolls in pastry, “Eamonn’s Dream Burger” (with salami and chicken), sardines, soft-shell crabs (in season), and “Hangover Chips” with cheese, Texas chili and a fried egg. There will also be an expanded dessert selection featuring Cadbury candies.

T.N.T. Bar, a new concept, will serve specialty cocktails in a 30-seat space with a rock ‘n’ roll vibe.

“Todd Thrasher wowed and wooed the district when he introduced us to the craft of cocktails at side-street speakeasy, @PX,” according to a Facebook page. “Now, the city’s granddaddy of grown-up drinks and mixology magic explodes all over again with the new TNT. (Named after his son, Trystan Noah Thrasher) His latest and greatest bar will mix a rock ’n’ roll casual atmosphere with a fizzy fun, “homage to the greats” cocktail list.”

No word yet on an exact opening date. The press release for Eamonn’s and T.N.T., after the jump. 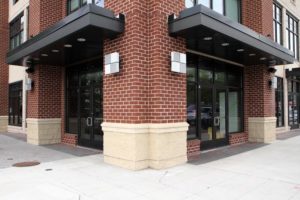 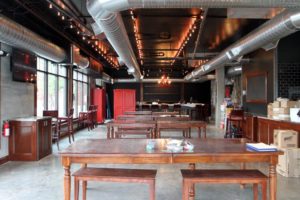 Following the immense success of the original, located in the Old Town neighborhood of Alexandria, VA, owners Cathal and Meshelle Armstrong, along with partner Todd Thrasher, are poised to take the concept to Penrose Square in neighboring Arlington, VA.

Eamonn’s, named for the Armstrongs’ second child (Restaurant Eve was a nod to their first) is all irreverence and wit. The same puckish sensibility that dreamed up the girly pink birthday cake at Restaurant Eve is at work here. From the motto, ‘Thanks Be to Cod,’ to U2 on the sound system to the artisanal and all-natural ingredients touted on the menu, the Armstrongs are going for a hipster Irish vibe with the soul of Leo Burdock’s in Dublin.

Due to the popularity of the original location and demand for more seating, the new space will follow the same concept, yet increase in size to accommodate more customers. Armstrong increases his gastro-Gaelic menu to include some of his bar favorites: southern fried chicken wings, mini meat pies, house-made biscuits with corned beef, sausage rolls in pastry, Eamonn’s Dream Burger (his son’s version includes, salami and chicken).

For the seafood enthusiasts, sardines and soft-shell crabs make an appearance when in season and the offerings of chips (Irish for fries) wink a memory to Armstrong’s younger days’; Hangover Chips – a concoction of cheese, texas chili and a fried egg. The deep fryer also yields fried sweets for dessert: doughnuts (a.k.a. Dough Balls), fried bananas and fried Mars bars. Irish delights—soda bread mix, Cadbury candies, Barry’s Irish tea, seasonal Easter Eggs, and T-shirts—will be sold. Eamonn’s will continue to serve sustainably raised Atlantic Pollock from the Gulf of Maine in their signature fish and chips.

Like the original, the second location will also incorporate a cocktail bar within the Eamonn’s outpost. TNT is a rock n roll bar with 30 seats, named for mixologist Thrasher’s son Trystan Noah Thrasher.

At TNT, Thrasher draws inspiration from his love of rock & punk music. Thymes Like These is an ode to a Foo Fighters song, one of Thrasher’s favorite bands. It features Citadelle gin, Cocchi vermouth, kaffir bitters and a thyme lime mixture. The Cocktail Left on the Nightstand came to Thrasher after reading an autobiography of Slash from Guns N Roses. “In the book he talks about falling asleep with a drink on the nightstand, even putting a cigarette out with it, and then sipping on it first thing in the morning.” Thrasher plays on that idea, smoking and charring Jack Daniels, then serving it with house made cola, room temperature. “You get the same feeling and all the flavors really work well together,” promises Thrasher.

The other side of his cocktail menu takes fans on a tour de cocktail – a road trip tipple of menu libations from his favorite bartender pals across America. The Brown Bomber, for example, is borrowed from Jim Meehan of Manhattan’s P.D.T. Another favorite is Curly and the Turk, borrowed from Tad Carducci of The Tippler, also in NYC. It’s a sweet and spicy mixture of blue curaçao, hibiscus-chile and tequila. Thrasher plans to include a short bio on each cocktail chef and their establishment in his menu, tipping off his guests on where to go when they are traveling (and imbibing) across the U.S. The list of ten cocktails will rotate every season.