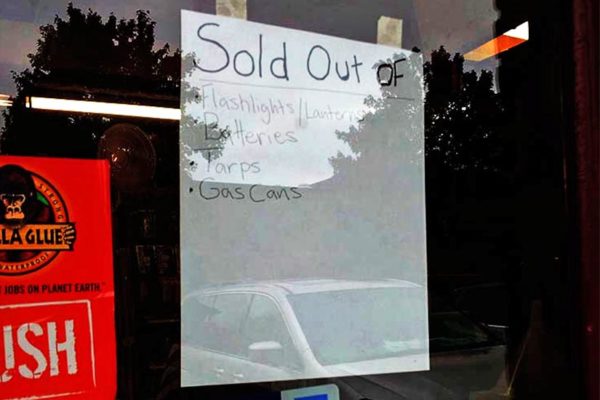 No Sandbag Distribution in Arlington — Contrary to some rumors, Arlington County is not distributing sandbags to residents concerned about flooding. “Arlington County, fortunately, does not have significant river front areas that are subject to flooding (e.g., Georgetown, Old Town),” Arlington County Director of Communications Diana Sun told ARLnow.com this morning.” She said that county staff is “focused on the highest priorities.”

Long Bridge Drive Flooded — Long Bridge Drive, near Crystal City, has flooded as a result of rain overnight and is being closed to traffic by police. The flood-prone road is the only street that leads to the parking lots for Long Bridge Park.

Pentagon City Mall Closed — Updated at 10:45 a.m. — The Fashion Centre at Pentagon City will be closed today (Monday) due to Hurricane Sandy. Ballston Common Mall will be closing at 2:00 p.m. [Facebook]

Artisphere’s Per-Visitor Subsidy — Based on its new Fiscal Year 2012 year-end report, Artisphere required a taxpayer subsidy equivalent to $41.85 for each of the cultural center’s 55,607 visitors over the course of a year. [Sun Gazette]

Cuccinelli May Investigate Moran Video — The State Board of Elections has asked Virginia Attorney General Ken Cuccinelli to investigate a video of Rep. Jim Moran’s son discussing possible voter fraud. Patrick Murray, Moran’s Republican challenger, said “we need to know that [our electoral process] has not been corrupted.” He also called on U.S. Attorney General Eric Holder to investigate the video. The Arlington County Police Department is currently investigating the video, as well. [Washington Post, Murray for Congress]