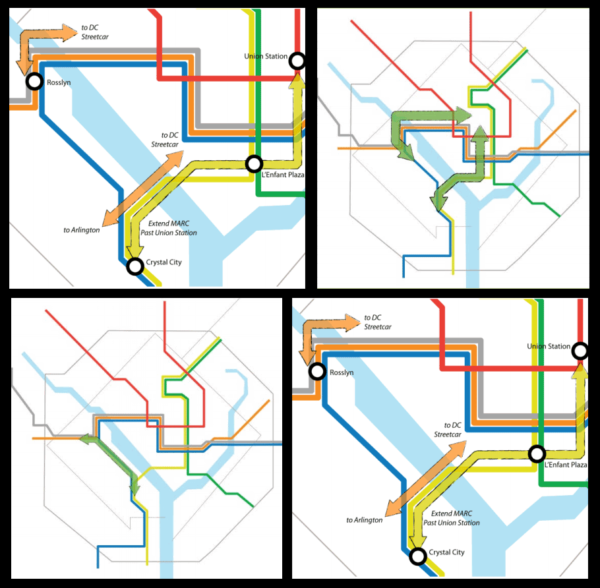 A long-range strategic plan for Metro, released today, includes the possibility of two new stations in Arlington, a new tunnel from Rosslyn to Georgetown, and a new streetcar bridge from Arlington to D.C.

The “next generation” plan, dubbed “Momentum,” would expand the Metro system to “help ensure the long-term competitiveness of the National Capital Region and keep pace with demand from expected population growth,” according to WMATA.

The plan calls for the following to be completed by 2025:

The plan calls for the following to be completed by 2040:

WMATA, which is funded by contributions from the federal government and D.C. area localities like Arlington, says it would need an addition $500 million in funding per year to accomplish its 2025 goals, and an additional $740 million per year for the 2040 projects. That’s on top of the $1 billion per year it needs just to maintain the existing system.

Without the pricey improvements, Metro officials say the system will soon run out of ridership capacity.

“Our customers know that many trains, stations and buses are already crowded and we need to begin planning now to prevent that from worsening and prepare for more riders,” Metro General Manager and CEO Richard Sarles said in a statement. “As the jurisdictions plan various expansion projects, we also need to make sure that we have a seamless, multimodal, transit network and Metro is in a unique position to serve as the transit planner for the national capital region.”