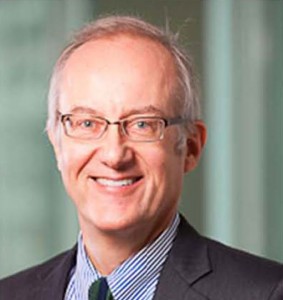 The Arlington County Republican Committee (ACRC) has endorsed John Vihstadt to fill the County Board seat Chris Zimmerman plans to vacate this month.

Vihstadt is running as an independent against Democratic nominee Alan Howze and libertarian Evan Bernick. Perennial Independent Green candidate Janet Murphy and Stephen Holbrook, a retired FBI agent who ran an unsuccessful write-in campaign for the County Board last year, have also filed paperwork indicating that they are running.

Vihstadt opposes the Columbia Pike Streetcar and the planned Long Bridge Aquatics Center, now on hold after constructed bids came in above the allotted budget. Vihstadt said he’s a Republican when he announced his campaign in December, but chose to run as an independent with the hopes of securing the Republicans’ endorsement.

The endorsement signifies the second consecutive County Board election the Republicans have not run an official candidate. There was no Republican challenger when now-Board Chair Jay Fisette ran for re-election in 2013.

“Mr. Vihstadt has shown us his true Republican colors,” Malinosky said. “He has a long history of supporting conservative candidates and now he has the Republican Party’s endorsement. Voters now have a clear choice: Alan Howze is a real progressive leader who will move Arlington forward, while Mr. Vihstadt will be another Republican obstructionist.”

Update at 1:15 p.m. — This afternoon, ACRC issued the following press release about their Vihstadt endorsement.

At the special meeting of the Arlington GOP, Vihstadt spoke to attendees on a large number of topics, including Arlington’s fiscal health, school capacity issues, and needed improvements to the County’s economic development efforts.

Vihstadt discussed the need for fresh thinking on the County Board. The central theme of Vihstadt’s speech was that the County needs to reassess its current spending priorities, saying, “the proposed $310,000,000 Columbia Pike streetcar and $1,000,000 bus stops are imprudent expenditures that ought to be replaced with more effective and less costly alternatives.” Vihstadt continued, “In addition, the $80,000,000 Long Bridge Park Aquatics Center needs to be scaled back. In a time of economic uncertainty, surging school enrollment, and rising household taxes on working families and seniors, the County Board needs to rethink its priorities.”

Vihstadt asserted that his campaign will continue to highlight the importance of a new perspective, stating that “we need a recalibration of Arlington’s spending priorities to stress core services like public education, public safety, and infrastructure maintenance.”

While not shying away from his Republican background, Vihstadt explained to attendees that his independent candidacy allows a broad spectrum of voters an opportunity to support a candidate willing to put the needs of Arlingtonians before partisan politics.

Chairman Ian Meyeroff added after the meeting that “John’s work for Arlington Republicans is only a tiny fraction of who he is.” Meyeroff noted the Arlington GOP’s 2008 selection of Vihstadt for its Delyannis-Finta Award for Distinguished Community Involvement, attributed to Vihstadt’s decades of civic engagement in the public schools, in the neighborhoods, and across the County on various boards and commissions.

In addition to the Republican Party endorsement, Vihstadt has also been endorsed by the Arlington Green Party and prominent Arlington Democrats including County Board member Libby Garvey and Commonwealth Attorney Theo Stamos. The County Board special election is expected to be held on April 8, 2014.