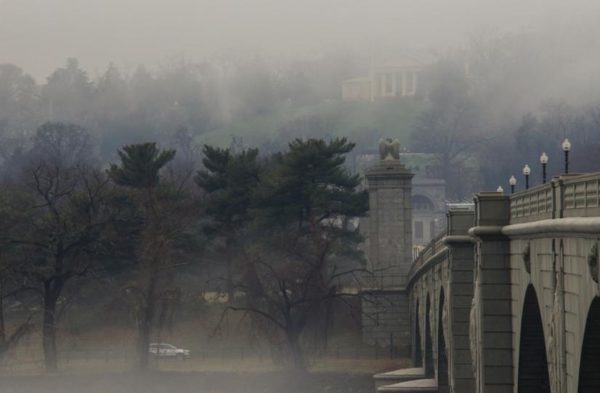 Former Sheriff Sentenced for Shooting — Former Arlington County sheriff’s deputy Craig Patterson has been sentenced to six years in prison for a fatal shooting in Alexandria. Patterson shot and killed 22-year-old Julian Dawkins, a driver for the Shirlington-based PBS NewsHour, during a late-night confrontation in May 2013. Patterson was convicted of voluntary manslaughter in December. [Washington Post]

Metro Track Work This Weekend — Track work on the Blue and Orange lines this weekend will result in trains running every 16 minutes, instead of the normal daytime service of a train every 12 minutes. [WMATA]

Pacers to Host ‘Cupid 5K Run’ — The Pentagon Row Pacers store (1101 S. Joyce Street) will host a Valentine’s Day-themed “fun run” next week. The run will start at the store at 7:00 p.m. on Thursday, Feb. 13, and will end at Crystal City Sports Pub (529 23rd Street S.), which will offer discounts to runners wearing white clothing or cupid wings. [Facebook]