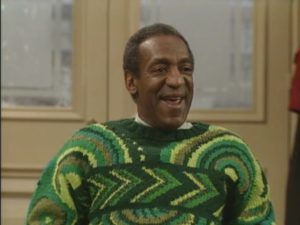 Bill Cosby, the only person allowed to eat for free at Ben’s Chili Bowl (other than the Obama family), will be attending the grand opening for the restaurant’s new Rosslyn location next week.

A grand opening celebration is scheduled for the new location, at 1725 Wilson Blvd, at 10:30 a.m. on Thursday, March 6. Cosby is “100 percent confirmed” for the event, the Rosslyn Business Improvement District was told today by the restaurant’s owners.

Cosby is arguably the biggest celebrity fan of the landmark U Street eatery, and counts the owners, the Ali family, as friends. The comedian is expected to give a few remarks with the family before the store’s opening.

Arlington County Board members are also expected to be in attendance.