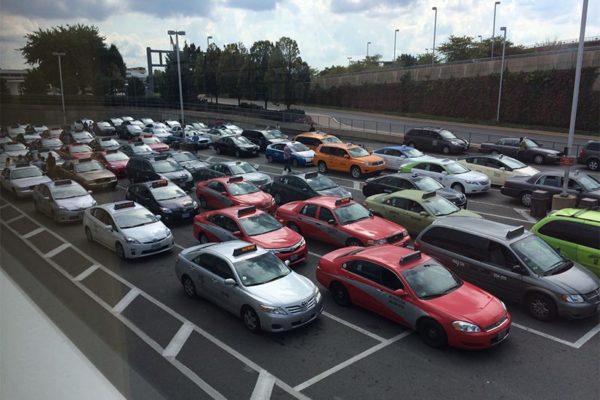 ‘Pups and Pilsners’ Photo Contest — Want to sample some brews and make your pet famous? Head on over to Crystal City’s Pups and Pilsners event from 2:00 to 6:00 p.m. on Sunday, snap a photo of your pooch and tweet it to us and our sponsors, @CCBID and @BeckysPetCare. Pups and Pilsners is a free dog-friendly event featuring a massive beer garden and food from local restaurants. [Crystal City BID]

Planners: Bank Shortchanges Courthouse — The office building slated to replace the Wendy’s in Courthouse will have a Wells Fargo bank prominently located on the ground floor, and Arlington planners don’t like it. County staff says the bank use is “not appropriate” and should be at least moved so that a more active retail use can occupy half of the plaza area. Developer Carr Properties says the bank must stay, since Wells Fargo owns the land under the existing bank that will be torn down for the project. [Washington Business Journal]

Fugazi to Release ‘Lost Album’ — Fugazi is planing to release a “lost album” of 11 songs recorded in 1988. The legendary local rockers recorded the songs on the album, First Demo, at Inner Ear Studio in Arlington. [Spin]

Road Closures for Clarendon Art Fest — Parts of Washington Blvd, Clarendon Blvd, and N. Highland Street will be closed Saturday and Sunday for the 2nd Annual Arlington Festival of the Arts. “Over 100 artists will showcase their works including glass, mixed media, paintings, jewelry, and pottery; providing all sorts of opportunities to appreciate — and purchase — art,” according to the festival’s website. [Arlington County, ArtFestival]