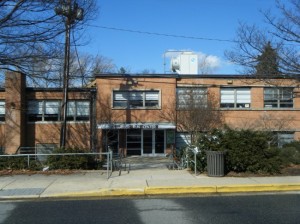 Arlington’s “Public Land for Public Good” initiative should be “reassessed,” according to the Long Range Planning Committee of the county Planning Commission.

The initiative, launched this year by County Manager Barbara Donnellan, is intended to identify county-owned land where affordable housing could be built. That could include parks, community centers and public safety facilities, such as fire stations.

The county received public comments this fall on the guidelines for evaluating sites. After reviewing those comments, the LRPC determined that the guidelines should be “set aside” while the entire initiative — and how the county engages the community in its decision-making process — is re-evaluated.

Among the committee’s strongest indictments of the current process is its recommendation that the criteria Donnellan used in her preliminary report to the Board in May — the catalyst for the public opposition to the initiative since — should be “withdrawn and reassessed.”

“The term Public Land for Public Good does not capture the importance and benefits of other public facilities and uses and should be reconsidered,” the report, approved at the LRPC’s meeting last week, states.

All of the LRPC’s recommendations include reaching out to the community before continuing the process further. The committee recommended that the county’s deliberations over which sites are evaluated and why need to be made more transparent. “This process should result in an understanding of how site selection is conducted and how the public participates in the decision,” the report states.

The LRPC’s report comes on the heels of County Board Chair Jay Fisette’s statement during last month’s Board meeting that the “Public Land for Public Good” rollout “didn’t work.”

While recommending the county slow down on evaluating land it currently owns, the LRPC also recommends Arlington adopt an “aggressive land acquisition policy.”

The Planning Commission will likely discuss the LRPC’s recommendations at a meeting this week. The County Board could discuss the issue at its Saturday, Dec. 13 meeting.