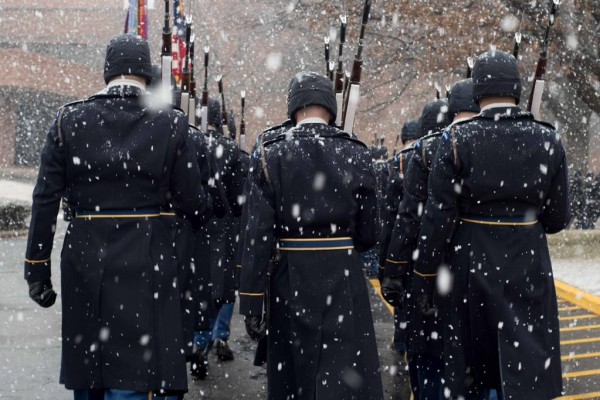 Snow Total for Arlington — Yesterday’s afternoon snowfall resulted in an accumulation of 0.4 inches in Arlington, according to a measurement at Reagan National Airport. In the Great Falls section of Fairfax County, 1.8 inches was recorded. [National Weather Service]

Va. Considering All-HOT Lanes I-66 — Virginia is considering a plan to convert I-66 to HOT lanes only during peak periods. That would mean that transit and carpools of three or more people are allowed to use the highway for free during rush hours, but anyone else has to pay tolls. Construction could begin as soon as next year, with the goal of starting HOT lane service by 2017. [Washington Post]

Opening Date for Kapnos in Ballston — Kapnos Taverna, the new 165-seat Greek restaurant from chef Mike Isabella, has set an official opening date of Tuesday, Jan. 27. The restaurant is located at 4000 Wilson Blvd in Ballston.