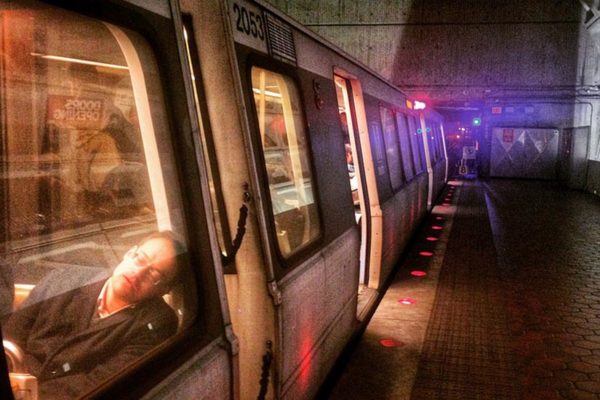 Rosslyn Skyscraper Still Empty — The D.C. area’s tallest building, 1812 N. Moore Street in Rosslyn, is still empty a year and a half after its completion. Owner Monday Properties, however, is feeling good about the regional economy and about Rosslyn specifically. The company is reportedly not planning to lower its asking rent for the building. [Washington Post]

Deaf Man Suing Arlington County — Updated at 9:20 a.m. — A homeless deaf immigrant who was wrongly jailed for six weeks, allegedly without access to an interpreter, is suing Arlington County in federal court for failing to meet the standards of the Americans with Disabilities Act. The man, Abreham Zemedagegehu, is originally from Ethiopia and was unable to communicate with his jailers via written English. [Associated Press]

Advertising on ART? — The Arlington County Board on Tuesday briefly discussed the possibility of adding advertisements to the side of ART buses — but no action was taken. It was also revealed that the cost of a Metrobus route is about 2.5 times more expensive than the equivalent ART bus route. [InsideNova]

Local Business 40th Anniversaries — Two local businesses are celebrating a 40th anniversary this month. Heidelberg Pastry Shop (2150 N. Culpeper Street) celebrated its 40th year in business this past Saturday, while the Crystal City branch of Navy Federal Credit Union (2450 Crystal Drive) is celebrating its 40th with cake, refreshment and giveaways to those who stop by the branch.