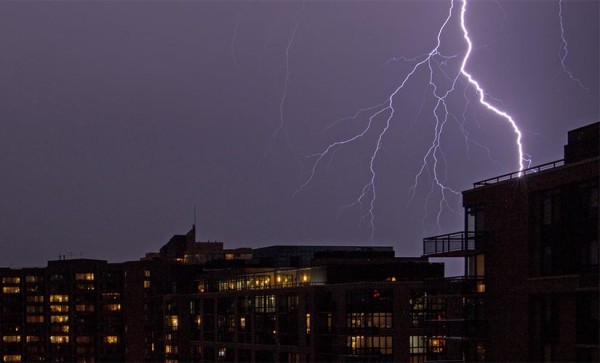 Australian Restaurant Coming to Clarendon — Oz, a new Australian restaurant, will be opening in the former La Tagliatella space in Clarendon late this summer. The restaurant is owned by Australian native Michael Darby, co-founder of Monument Realty, and his wife Ashley Darby, the 2011 Miss District of Columbia winner. [Washington Business Journal]

New Ballston Apartment Project in the Works — Saul Centers, which developed the Clarendon Center project, is planning a new residential and retail development on the Orange Line. The developer is in the early stages of proposing a 12-story, 431-unit apartment building to replace the Rosenthal Mazda dealership at the corner of N. Glebe Road and Wilson Blvd. [Washington Business Journal]

Parking Lot Hit-and-Run Case in Court — A court hearing was held Monday for Alexandra Mendez, the woman accused of running over a man in a Columbia Pike parking lot and then fleeing the scene. Prosecutors showed the court a cell phone video of the incident, which nearly killed 40-year-old Noormustafa “Noor” Shaikh. A doctor testified that Shaikh’s “bones were like shards” after being run over by Mendez in her SUV. [WJLA]

Arlington Highly Ranked by AARP — Arlington County is the 6th most livable place in the U.S. with a population between 100,000 and 500,000, according to a new survey by AARP. Also in the AARP survey, Arlington ranked No. 1 in the “Best Cities for Staying Healthy” category, thanks to an abundance of exercise opportunities. The survey targeted Americans age 50 and older. [WTOP]

VHC and County Considering Land Swap — Virginia Hospital Center and Arlington County have started discussing a possible land swap. The swap would trade soon-to-be-vacated county properties adjacent to the hospital — which would allow VHC to expand — for hospital property elsewhere in the county. Virginia Hospital Center, meanwhile, is getting kudos from the federal government. According to new hospital rankings from Medicare, VHC is the only “four star” hospital in the D.C. area. [InsideNova, Washington Post]