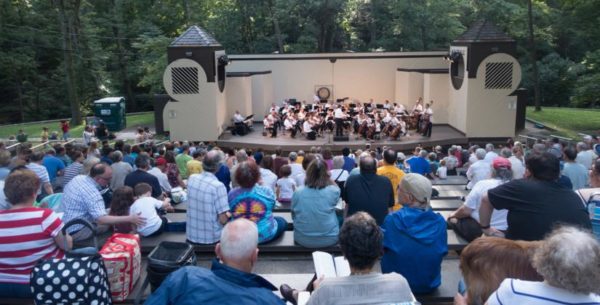 Whole Foods Eying Ballston Development? — Whole Foods is reportedly considering leasing a 43,000 square foot retail space in a new 12-story, 431-unit apartment building that’s set to replace the Rosenthal Mazda dealership at the corner of N. Glebe Road and Wilson Blvd in Ballston. The organic grocer is said to be “in advanced talks” to fill the space and is “very bullish” on Ballston in general. [Bisnow]

Car Drives Off I-66, Into Woods — A car drove off the eastbound lanes of I-66 and into the woods yesterday afternoon. Nobody was hurt in the accident, which happened between the Monroe Street bridge and Spout Run. [Twitter]

More Opposition to Fire Station Move — Residents of the Old Dominion community aren’t the only ones opposed to a proposal to move Fire Station 8 to the neighborhood. Some residents of the Hall’s Hill/High View Park community, where the fire station is located, say that it is a “hub of the neighborhood” and should stay put. Fire Station 8 has some historic distinction, as the first African-American-run firehouse south of the Mason-Dixon Line. [Falls Church News-Press]

Metro Proposes Blue Line Boost — The good news: Metro is proposing changes to its rush hour service that would have trains on the overcrowded Blue Line run every eight minutes instead of every 12 minutes. The bad news: the proposal would increase the headway between trains on the Orange, Silver, Green and Yellow Lines, from six minutes to eight minutes. [Greater Greater Washington, WAMU]

Arlington Startup Raises $21 Million — Ballston-based Distil Networks, a cybersecurity startup founded in 2011, has raised $21 million in a “Series B” venture round. The company is planning to add 100 new employees over the next 12 months. It has offices in Arlington, San Francisco and Raleigh, N.C., and has plans to open another office somewhere in Northern Virginia. [DC Inno, Tech Crunch]