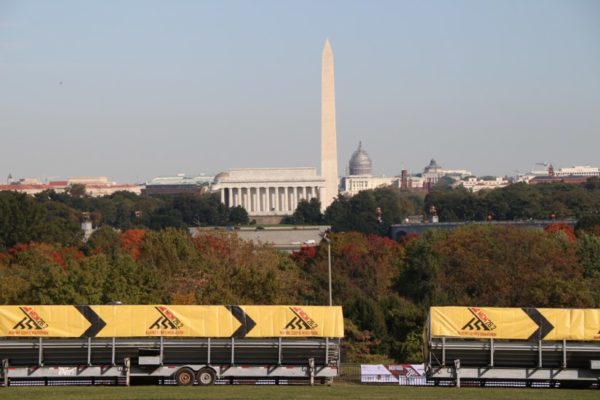 Fire Station 8 Task Force — At its Tuesday meeting, the Arlington County Board approved a charge for its new Fire Station No. 8 task force. The task force will review viable sites for the fire station, will seek a location that will improve fire and EMS response signs, and will seek to balance costs with service needs. [Arlington County]

More Metro Delays This Morning — Delays and overcrowded trains made for “another miserable day” on the Orange Line during this morning’s commute. Metro says it’s hoping to have full service restored on the Silver, Orange and Blue lines by the end of the year, following a catastrophic fire at an electrical substation in D.C. [WMATA, Twitter, Twitter]

Old Growth Forest in Arlington Recognized — A 24-acre portion of Glencarlyn Park, just south of Route 50, has been recognized by the Old Growth Forest Network. The park has trees that were likely saplings while the British burned the White House across the river during the War of 1812. [Arlington County]

GW Parkway Repaving Nearly Complete — Crews are starting to wrap up a repaving project on the GW Parkway that has prompted lane and ramp closures over the past few weeks. The formerly pockmarked section of the Parkway north of Reagan National Airport now has a smooth coating of asphalt. [WTOP]

Ballston IHOP is Turning 50 — The IHOP restaurant in Ballston will turn 50 years old early next year. Reportedly, it was the first Virginia location for the chain. [InsideNova]