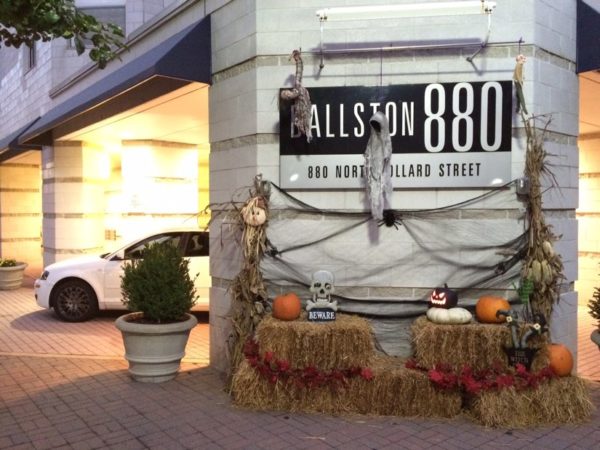 School Bus Cameras Stop Issuing Tickets — The stop arm cameras on Arlington public school buses are no longer sending citations to those who drive by the buses while the stop signs are activated. Virginia Attorney General Mark Herring determined that Arlington does not have the legal authority from the General Assembly to issue summonses from school bus cameras by mail. [Washington Post]

Laundry Room Fire at The Shelton — Yesterday around 6 p.m. a dryer in a laundry room at The Shelton apartment building (3125 24th Street S.) in Nauck caught fire. The fire was reportedly controlled by a sprinkler system, but not before filling the third floor of the building with heavy smoke and prompting an evacuation. [Twitter]

Red Top Given Green Light for Stickers — An Arlington County Board-ordered review of new stickers on the back window of Red Top taxicabs has found no safety hazard. Lou Gatti, a long-time cab driver who is now an industry critic and who was the one who raised concerns, was disappointed by the findings. “There are no checks and balances in this industry, except for me,” Gatti is quoted as saying. “I can’t understand why no one seems to care about the facts and the laws, except me.” [InsideNova]

Blue Line Issues This Morning — A faulty switch near the Pentagon prompted Metro to route Blue Line trains over the Yellow Line bridge for a significant portion of this morning’s rush hour. [Twitter]