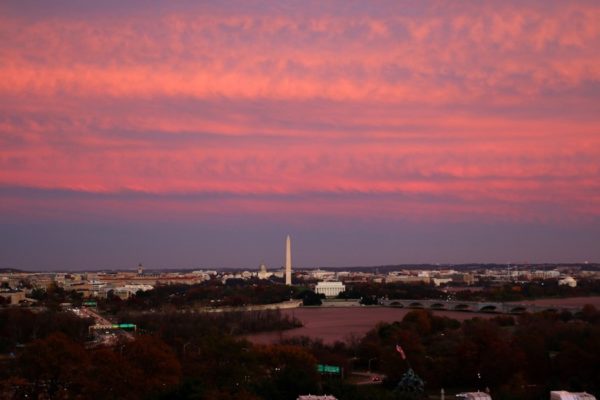 Huge Apartment Building Proposed for Ballston — A Bethesda-based developer is proposing a huge new apartment building on the western side of the intersection of Wilson Blvd and N. Glebe Road in Ballston. The building would feature 483 apartments, 760 underground parking spaces and 68,000 square feet of retail including a grocery store. The nearby Bluemont Civic Association has expressed concern about the proposal, including the potential impact of traffic from the grocery store. [Washington Business Journal]

Editorial Supports I-66 Toll Plan, Widening — A new Washington Post editorial supports Virginia Gov. Terry McAuliffe’s plan for adding tolls to I-66. The editorial also supports widening the highway: “The right policy response to the I-66 mess, in addition to promoting mass transit, is to widen the road. Unfortunately, that’s been blocked by Arlington County, whose hostility from the outset is why the road was designed to narrow to four lanes inside the Beltway (from six outside).” [Washington Post]

Freezing Temperatures This Morning — Temperatures reached the freezing mark, dropping down to 32 degrees for the first time this season. The average first freeze in Arlington occurs on Nov. 18. [Twitter]