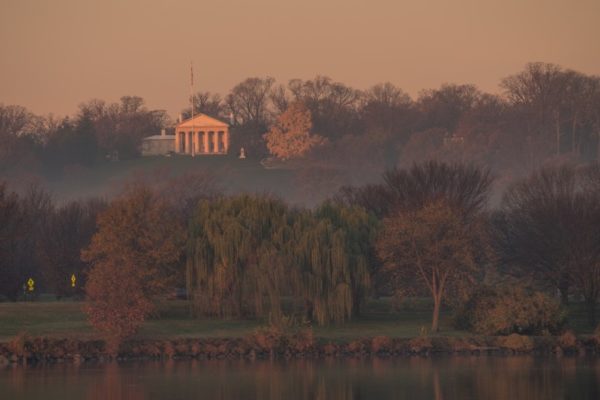 County Apologizes for Political Facebook Post — Arlington County has taken down and apologized for a Facebook post that some called inappropriate. “No support or endorsement was intended” the county said of the post, which linked to an article about an Arlington County Democratic Committee resolution calling for a change to the Washington Redskins team name. [Facebook]

Arlington to Partner with Nextdoor — The Arlington County Police Department will be holding a press conference Wednesday afternoon to announce a partnership with Nextdoor, a private social network for neighborhoods. The partnership will help “build stronger, safer communities with the help of Arlington residents.” Nextdoor has been criticized recently for becoming “a bastion of racial profiling.”

Bluemont Residents Concerned About Big Ballston Development — The Bluemont Civic Association is expressing concern over a massive proposed development on the western side of the intersection of N. Glebe Road and Wilson Blvd. The development proposal calls for 483 apartments in a building with a grocery store and other ground floor retail. [Curbed]

Arlington-Built Satellite Blasts Off to Space Station — A tiny satellite built by elementary students at St. Thomas More Cathedral School in Arlington is part of the cargo of a rocket that launched into orbit Sunday, bound for the International Space Station. [CBS News, Space.com]

‘Arlington Tech’ School Proposal — The Arlington School Board has signaled that it’s ready to move forward with the establishment of “Arlington Tech,” a high-technology coursework initiative to be located at the Arlington Career Center. [InsideNova]

Anti-Hunger Effort Draws Big Crowd — More than 1,000 people gathered at the Thomas Jefferson Community Center gym over the weekend to put together 100,000 meals for starving children around the world. [NBC Washington]