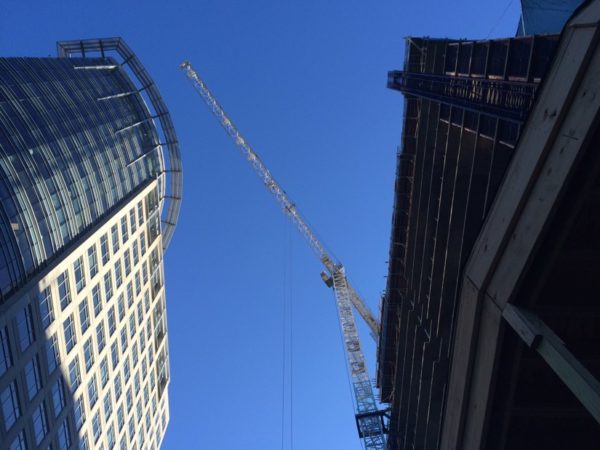 Update: Family Given Lease Extension — An Arlington family with a disabled son has been given a 30-day lease extension, after they went to the media to protest the landlord’s reported refusal to renew their lease. The family said the manager of Columbia Pike apartment complex complained about them making too much noise. [Washington Post]

Dorsey to Serve on Metro Board — Christian Dorsey, who along with Katie Cristol began his first County Board term on Jan. 1, has been chosen to serve as Arlington’s non-voting representative on the Washington Metropolitan Area Transit Authority board of directors. [InsideNova]

Reminder: Arlington Is the Smallest Governing County — Arlington County is the smallest self-governing county in the United States. Kalawao County in Hawaii, New York County in Manhattan and Bristol County in Rhode Island are smaller, but don’t have their own separate county governments. [Arlington County]

Free Breakfast at Northside Social — It’s unclear whether the promotion is still going on as of publication time, but Northside Social this morning was giving away free breakfasts and coffee courtesy of the new CBS show Angel from Hell, starring Jane Lynch. [Twitter, Twitter]

Christmas Tree Collection Starts Today — Christmas tree collection in Arlington County starts today and runs through Friday, Jan. 15. Trees will be collected curbside on regular trash collection days. Those who live in apartments or condos without county trash collection can bring their trees to the Solid Waste Bureau near Shirlington. [ARLnow]