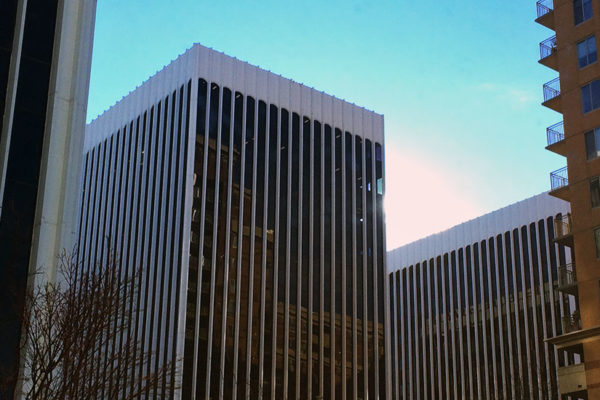 Advisory Board Wants Birthday Cake Banned from Schools — Student birthday celebrations are getting out of hand in Arlington Public Schools, with too many sugary treats being consumed as a result. That’s the view of the Student Health Advisory Board, which made its case to the School Board last week. Some individual schools in Arlington have banned birthday celebrations or, at least, sweet birthday treats. The overall school system, however, does not currently have a formal policy on the matter. [InsideNova]

Del. Hope Wants to Ban ‘Conversion Therapy’ — Del. Patrick Hope (D) has introduced a bill to ban so-called conversion therapy for minors in Virginia. Practitioners of the controversial “therapy” claim that it can change the sexual orientation of individuals from homosexual to heterosexual. [Washington Blade]

The Corner Tex-Mix Lives? — Despite being pronounced dead by ARLnow and Google, it appears that The Corner Tex-Mix at 1621 S. Walter Reed Drive was open last night, at least for a short period of time. A tipster said lights were on and an employee answered the phone and confirmed they were open, shortly before a power outage sent everyone home. The county health department confirmed to ARLnow this morning that there have been no health code violations that would have closed the restaurant temporarily. The tipster said The Corner Tex-Mix seems to just be keeping “odd hours.” [ARLnow]

‘WeLive’ Apartments to Feature Free Cleaning, Sunday Supper — Details of a new apartment building in Manhattan from co-working company WeWork have been released, and they’re likely to also apply to the company’s second “WeLive” building, in Crystal City. The apartments will be fully furnished and will have cable TV, monthly cleaning and a communal Sunday supper included, among other amenities. [UrbanTurf]

$5 Ribs from Texas Jack’s Barbecue — Ribs at the recently-opened Texas Jack’s Barbecue in Lyon Park will cost you around $5. As in, nearly five bucks per rib. The restaurant, in the former Tallula and EatBar space, features a menu of smoked meat created by Executive Chef Matt Lang, winner of the Food Network’s Best in Smoke 2011 and formerly of Hill Country Barbecue in D.C. [DCist]

Va. Voter Registration Deadline Approaches — The deadline to vote in Virginia’s March 1 presidential primary is Monday, Feb. 8. On the GOP side, the election will feature a somewhat controversial loyalty pledge requested by the state party. “Voters who wish to vote in the Republican Primary must first sign the following non-binding statement, which is permitted under § 24.2-545.A of the Code of Virginia: ‘My signature below indicates that I am a Republican,'” county officials note. In-person absentee voting, meanwhile, starts Friday. [Arlington County]