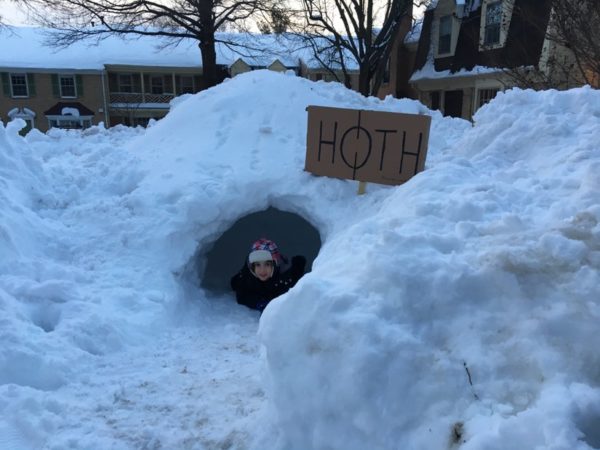 Power Outage in Boulevard Manor — About 120 Dominion customers have been without power for much of the morning in Arlington’s Boulevard Manor neighborhood. A damaged power line is said to be the cause. Power may not be restored until later this afternoon.

Garvey Wants More Millennials Engaged With Gov’t — One of Arlington County Board Chair Libby Garvey’s goals for the year is to find ways for the county government to better engage younger residents. Garvey said members of the Millennial generation get “a little bit of a bad rap” but “really do want to be involved and help.” One possible Millennial-friendly measure that Garvey floated: allowing people to use Skype to speak at County Board meetings. [InsideNova]

Business’ Unplowed Sidewalks Called Out on Social Media — Arlington residents are using Facebook and Twitter to call out businesses and commercial property owners that haven’t yet plowed their sidewalks. One such example is the sidewalk in front of Colonial Village Shopping Center, which as of this morning was still snow-covered even though the shopping center’s parking lot has been plowed. [Twitter]

Arlington Hoping to Get Federal Funds for Snow Cleanup — The Arlington County Board yesterday ratified a declaration of a local emergency, which may help the county receive federal disaster relief funds for its ongoing blizzard cleanup effort. The county has spent more than $800,000 on post-blizzard snow removal so far. [InsideNova]

TSA HQ Limbo Continues — A federal judge’s ruling has left the Transportation Security Administration’s planned move to a new headquarters in Alexandria in limbo. The TSA is currently based in Pentagon City, but the agency is trying to consolidate four offices into one, larger headquarters office. Bisnow’s Ethan Rothstein reports that insiders are expecting “some movement either way in a matter of weeks.” [Bisnow]

END_OF_DOCUMENT_TOKEN_TO_BE_REPLACED

More Stories
Premium Bus Service Planned for Columbia Pike, Dedicated Lanes to Be StudiedPets of the Week: Chester and Button