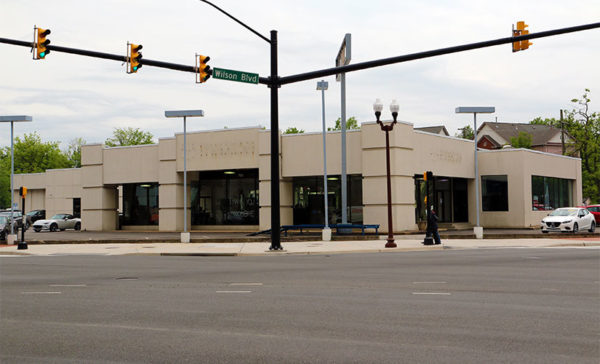 Firings at Peter Chang After Receipt Incident — Three employees have reportedly been fired and the chef’s own daughter is also on the chopping block at Peter Chang restaurant along Lee Highway. The firings come after a server included the insults “i have a small penis” and “im a plad [sic] a**hole” on a customer receipt. Chang has promised to improve service at his restaurant. [Washington Post]

Arlington Restaurants on Cheap Eats List — More than a dozen Arlington eateries have been included in Washingtonian magazine’s list of the top 100 inexpensive restaurants in the D.C. area. Among them: Bayou Bakery, Cheesetique, Pupatella, Ray’s Hell Burger, Yona and Peter Chang. [Washingtonian]

Video of Track Issue at Court House Station — A video taken inside the Court House Metro station shows sparks and smoldering from the track area. The video comes after a number of well-publicized electrical issues at Metro. “It was kind of weird watching infrastructure fail before my very eyes,” said the man who took the video. [Washington Post]

Tech Company Saves the Day for Theft Victims — Course Hero, a Silicon Valley-based company that provides study materials, has paid for a scholarship for the Penn State student whose mom left her purse, with $10,000 in tuition money inside, in an  Falls Church Dunkin Donuts. Police still have not found the woman who stole the purse. [NBC Washington]

Most of Crystal City Could Change Hands — Vornado, the property owner that owns more than half of the square footage in Crystal City, is considering spinning off its D.C. properties from those it owns in New York. [Washington Post]

D.C. Complaining About DCA Flights — D.C.’s attorney general has sent an email to the FAA asking that flights to and from Reagan National Airport be shifted away from the District. In 2015 the FAA received 8,670 noise complaints from those in the District, 6,500 of them from the same person. [Washington Post]