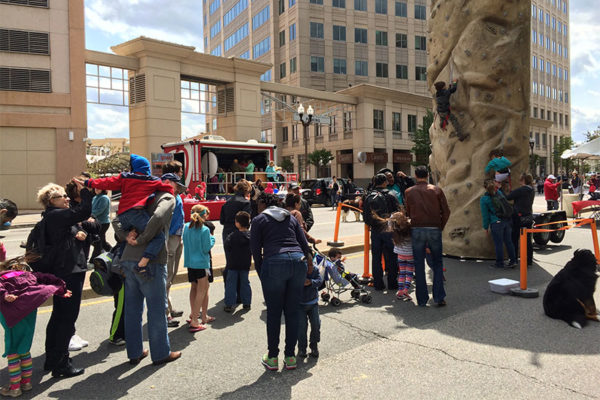 Arlington to Get Tourism Promotion Boost — A slight increase in Arlington’s hotel tax, approved by the County Board over the weekend, will allow the county to boost its tourism promotion budget by $1.25 million. The hotel tax increase was years in the making, as Arlington sought authorization from the state legislature, which stripped the county of the ability to levy the tax surcharge in 2011. [Arlington County]

Fire Station 8 Recommendation — The County Board’s Fire Station No. 8 task force is recommending that the current, aging station be torn down and a new, larger station be built in its place. The cost will be $5 million higher than the county’s estimate for what it originally wanted to do: move the station to county-owned land near Marymount University. That proposal met with resident resistance. [InsideNova]

New Temporary Home for County Buses, Vehicles — The County Board has approved a seven-year lease for a property near Shirlington, where it plans to temporarily store ART buses and county vehicles during separate construction projects. The land is near the CubeSmart self-storage facility. [Arlington County]

Bank Robbery Suspect Arrested — The “Ball Cap Bandit,” who allegedly robbed a bank near Fairlington while wearing a Brooklyn Nets hat, has been caught. According to the FBI, the suspect is 26-year-old Arlington resident Budder Khan. He’s being charged in three separate robberies. He wore Colorado Rockies and Oakland Raiders hats during his other two alleged robberies. [Washington Post]

Two Dozen APS Students Selected for Governor’s School — “This summer, 24 APS students will attend the Governor’s School for Academics, Mentorship, Visual and Performing Arts or the Foreign Language Academy. Both programs allow students to focus on a specific area of intellectual or artistic strengths and interests and to study in a way that best suits the gifted learner’s needs.” [Arlington Public Schools]