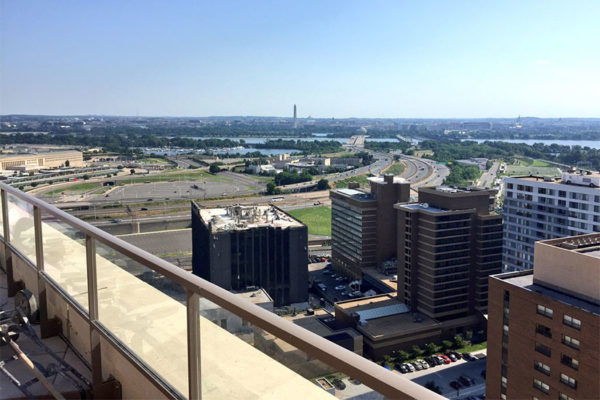 Some Developers Are Pessimistic About the Pike — “The mood is not good,” Columbia Pike Revitalization Organization chairman John Murphy said of developers. “Some of them made big investments, big bets based on the county saying we’re going to do the streetcar. They feel betrayed, they’re not happy at all.” [Bisnow]

Board to Buy Bungalow to Bolster Benjamin Banneker — The Arlington County Board this weekend is expected to approve the purchase of a $637,500 property on 17th Street N. in order to expand Benjamin Banneker Park, near the East Falls Church Metro station. [InsideNova]

Chaplain at DCA Mourns Son — Rev. Nace Lanier, the chaplain at Reagan National Airport, is mourning the loss of his 10-year-old son to a brain tumor. [Washington Post]

Clarendon Salon Closed Due to Flooding — Casal’s at Clarendon, a salon and day spa, has been closed for a week “due to a water pipe breaking and flooding the salon.” [Twitter, Twitter]

Sehkraft Makes ‘Hottest New Bars’ List — Sehkraft Brewing in Clarendon is one of the 10 hottest new bars in the D.C. area, according to Zagat, which writes: “This sprawling, pulsating Arlington brewhouse, gastropub, butcher shop, beer garden and live-music venue is powered by the brilliantly colored art on the walls, robust smoked and grilled American fare and curated craft beers.” [Zagat]