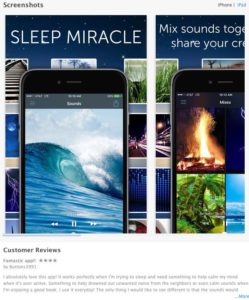 You might not think that a smartphone app that plays background sounds to help people sleep could be particularly lucrative or innovative. But then you would be underestimating both the market and the vision behind the app.

TMSoft, a small software company based in Crystal City’s 1776 space, released version 7.0 of “White Noise,” its flagship app, over the summer. The update pushes the app in the direction of being a social network, of sorts, for ambient sound.

“When I first started I didn’t think anyone was going to download the thing,” said its creator, Ballston resident Todd Moore. “I just ran around my house with a recorder and recorded eight different loops: a bedroom fan, the outside crickets, rain, my HVAC [system]” and so on.

Thanks in part to media exposure — it was written up in the Washington Post, featured on the Today Show and made fun of by Jimmy Fallon — and a first-mover advantage, it became the No. 1 free app in the App Store. Through in-app advertising and a paid-for “pro” version, it was soon bringing in enough revenue that Moore quit his otherwise lucrative R&D job to focus on apps full time.

“I was making more money in a week than I was making all year at my job, and I said to myself, why don’t I quit and do this full time,” Moore recounts.

White Noise remains popular to this day, with the main app and its variants — including a “White Noise Baby” version for parents that includes a built-in baby monitor — generating the bulk of TMSoft’s revenue. (The company has some popular games and novelty apps in its catalog, but none were sustained smash hits on the scale of White Noise.)

“Putting people to sleep is our bread and butter,” Moore quipped, although White Noise is also used by those who want to use background sounds to help them work or study. “It was definitely the story of an app that bootstrapped a company.” 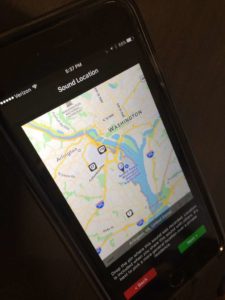 The seventh generation of White Noise doesn’t stray from its original use case, but it does represent the culmination of five years of development toward a much broader vision for the app.

“The goal is to catalog the world’s sounds,” Moore said. “I want every country covered and every sound available.”

Why do that when a simple fan or rainstorm noise will usually suffice? User feedback, Moore said, has made him realize that the most impactful sounds represent a specific time and place in people’s memories.

“People are most comforted by sounds of their childhood,” Moore said. Thanks to user submissions, if someone wants to find a loop of a certain type of frog they heard once upon a time in Bermuda, for instance, there’s a sound for that.

Version 6.0 of White Noise introduced the feature that allows users to record sounds on their phone and, through an algorithm, seamlessly loop the sound so that it can play on repeat without distracting clicks or pops — no small engineering feat.

With version 7.0, users can now upload those sounds — and mash-ups of existing sounds — and download others from a marketplace that can be searched geographically. Users can then “heart” and comment on each other’s sounds. 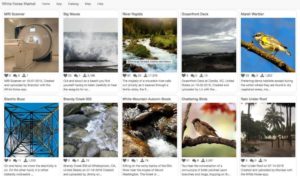 “It’s definitely been an evolution,” said Moore, who still writes code alongside his developers. “This idea is about five years old, so it’s taken me a long time to get to this point. This is the big version I’ve always wanted to get out.”

As of a month ago, TMSoft had seven full-time employees, most of whom work out of the Crystal City office. The company is profitable, growing and hiring, Moore said, and has finally gotten to the point where its revenue is higher than it was when White Noise was topping the early app charts. Those were much simpler times, Moore remembers, compared to the current crowded and competitive app marketplace. (There are now more than 2 million apps in Apple’s App Store.)

“It’s taken me awhile to get the company back to making that kind of money again, it’s taken a lot longer than I thought it would,” he said.

Part of the strategy has been diversification — in addition to app advertising and download revenue, White Noise sounds are available for purchase on iTunes and for streaming via Spotify. (A fan noise created by TMSoft has been streamed more than 5 million times.) White Noise also supports Apple TV and will soon have Android TV and Chromecast support.

As for what’s coming next, Moore wouldn’t say — except to confirm that there will, indeed, be a version 8.0.