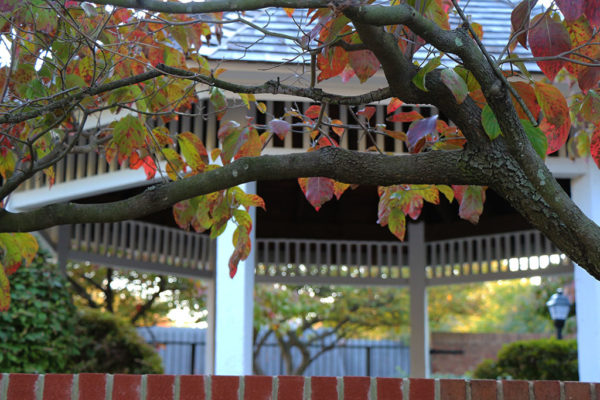 Murder Victim Feared for Her Safety — A friend of murder victim Bonnie Delgado Black said in court that she “was concerned if she would wake up in the morning” because of her estranged husband. A defense attorney for David Black, however, emphasized at trial that there’s a lack of physical evidence linking him to his wife’s murder. [Washington Post]

Rush Hour Offloading Peeves Riders — Metro riders were “furious” yesterday after a crowded train offloaded at the Rosslyn station during the morning rush hour due to a door problem. [Patch]

Pets Banned at Arlington Nat’l Cemetery — In addition to most bikes, the Army has also banned all pets at Arlington National Cemetery. Only service animals or working military dogs will be permitted onto the cemetery grounds. [Washington Post]

Bra Collection at Ballston Market — Ballston’s weekly farmers market will be Halloween-themed this afternoon. The market will also be collecting new and gently used bras, to be donated to those in need. [Twitter]

Westover Neighborhood Profiled — One of the main attractions of living in the Westover neighborhood is the collection of stores and restaurants at Westover Village, residents say. [Washington Post]

Read more →
More Stories
Letter to the Editor: Bluemont Baseball Fence Would Close Field Off to Other UsersPodcast: County Board Candidate Audrey Clement