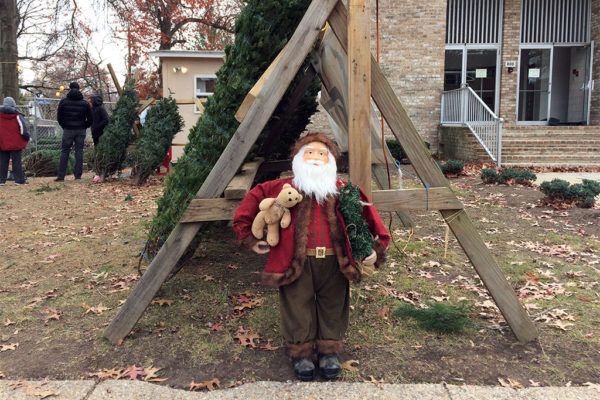 Clarendon Ballroom Battles Alt-Right Blitz — After beating up on Arlington’s Dept. of Parks and Recreation earlier this month, the alt-right faction seeking to hold inauguration rallies and parties in Arlington has focused its attention on the Clarendon Ballroom. The Ballroom, one alt-right leader alleges, turned away their planned “DeploraBall” due to political pressure. The Ballroom, however, says the organizers never actually signed a contract. Since then, the Ballroom has been receiving “hundreds of slanderous, dangerous, vulgar and threatening posts and tweets,” along with threatening phone calls. [NBC Washington, Washington Post]

Library Director’s Christmas Playlist — Arlington Public Library Director Diane Kresh has released her annual “mix tape of seasonal favorites” on the library blog. This year’s list is a Spotify playlist that starts with Diana Krall’s rendition of “Let It Snow” and concludes, on a unique-to-2016 note, with “World Spins Madly On” by The Weepies. [Arlington Public Library]

Six Fired by Metro in EFC Derailment — Following an investigation, Metro has fired six track inspectors and supervisors and demoted several others in the wake of July’s East Falls Church train derailment. Additional firings are in the works. [WJLA]