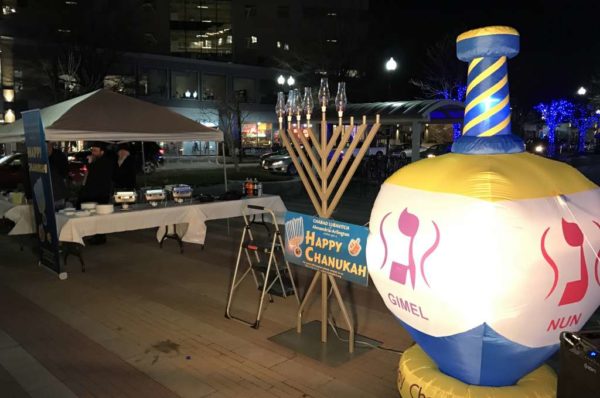 Struggling Skyline Sold — Vornado has taken its properties in Skyline off of its balance sheet after the 2.6 million-square-foot, half-vacant complex sold at a foreclosure auction last week. The cancelled Columbia Pike streetcar project would have run to Skyline, with Fairfax County set to pay 20 percent of the project’s cost. [Washington Business Journal]

More on ‘Pop-Up’ Hotel — The inauguration will be the big test for WhyHotel, the “pop-up” hotel in the new Bartlett apartment building in Pentagon City. Developer Vornado sees this as an experiment that could yield temporary revenue while a building is leased up. Arlington County planning commissioner Erik Gutshall says the county could benefit from additional tax revenue and a more lively streetscape. [Washington Post]

Arlington = NYE Destination? — Travelers coming to the D.C. area for New Year’s Eve should consider staying in Arlington due to its proximity to the District and lower hotel rates, says an article on “last minute deals for New Year’s Eve hotels.” [Travel + Leisure]

Transracial Adoption in Arlington — Arlington is “a fantastic community in which to raise a transracially blended family,” says the father of (now grown) adopted children from Vietnam, Sri Lanka and India. [Arlington Magazine]

Reporting Issues to the County — Arlington County is reminding residents that they can report out-of-sync traffic signals, crosswalks with broken buttons and other non-emergency service requests via an online form. [Twitter]