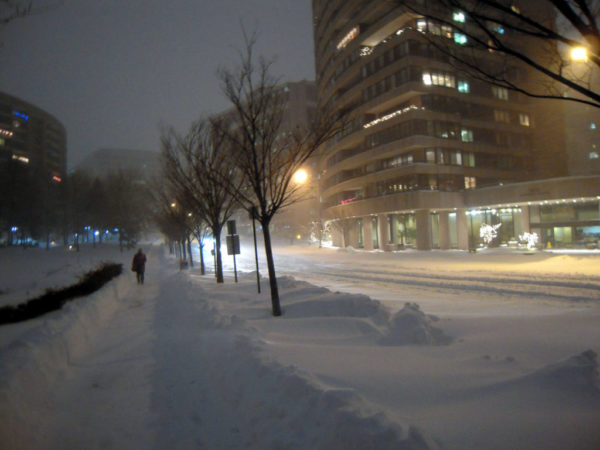 This past Sunday marked the 7th anniversary of the launch of ARLnow.com. Above is the first photo we ever published, showing Crystal Drive in Crystal City during the 2009 “Snowpocalypse.”

The top three most-read articles of the week we launched had to do with snow, snow and cupcakes, accumulating a total of 277 pageviews. That’s 78 times smaller than the readership of the past week’s top three articles.

This week’s top stories: Arlington’s first homicide of 2017, the announcement of Nestlé moving its U.S. headquarters to Rosslyn, and the armed robbery of a store on S. Glebe Road.

Feel free to discuss those articles or any other topic of local interest in the comments. Have a nice weekend!