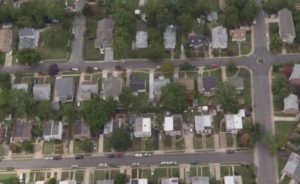 (Updated at 12:50 p.m.) It’s hard to dispute that Arlington is a great place, which is why it winds up near the top of a lot of lists of various place rankings.

For instance, Arlington was crowned the Best City to Live in America last year by the website Niche.com.

Just a week later, however, Arlington was only No. 7 on the list of Best Suburbs to Live in America, behind No. 4 ranked Merrifield. And that’s not to mention the fact that Niche also ranked Arlington the No. 11 “Best Place to Live in America” last year.

Mashing together U.S. Census data sets and other info to rank places on various dimensions is a popular activity among publicity-seeking companies, since news outlets often pick up such stories and readers, in turn, love reading and sharing ranking articles. But the rankings — ARLnow.com is sent dozens of such lists each year — are often contradictory, nonsensical or, at least, highly questionable.

In the spirit of ranking things, today we’re letting our users arbitrarily rank “the most questionable rankings involving Arlington.” Here are the contenders and the organizations that compiled each respective list:

Feel free to vote for as many entries as you like, because why not.