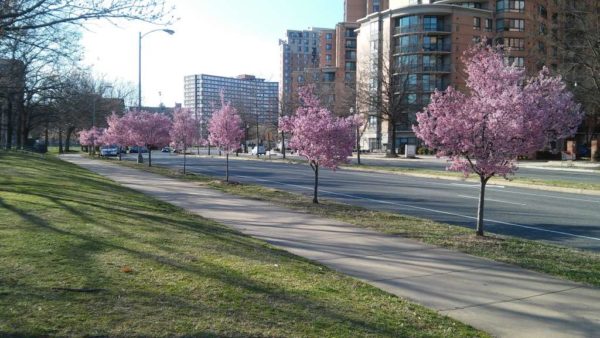 County Board Mulls Exotic Pet Ban — As expected, the Arlington County Board on Saturday voted to advertise a ban on “wild and exotic” pets in the county. Animals covered by the proposed ban “range from monkeys, wolves, raccoons and lynx to alligators, tarantulas, hedgehogs and even sugar gliders.” A hearing on the matter will be held March 18, ahead of final approval by the Board. [Arlington County]

Arlington Cultural Diversity Ranking — Arlington ranks No. 33 among “mid-sized cities” in a new list of cities with the most cultural diversity, behind places like Columbia, Maryland; Glendale, Arizona; and Cambridge, Massachusetts. [WalletHub]

Western Rosslyn Plan Moving Forward — The Arlington County Board has taken a series of actions to push its previously approved Western Rosslyn Area Plan forward. The plan includes a new home for H-B Woodlawn at the Wilson School, a new fire station, a reconfigured park and the redevelopment of several garden apartment buildings into a larger affordable housing complex. The various projects are expected to be completed by 2021. [Arlington County]

Arlington-Based Org Gets Big Grant — The Crystal City-based U.S. Committee for Refugees and Immigrants is getting a $4.4 million grant from the U.S. Department of Health and Human Services. The grant, announced by U.S. senators Tim Kaine (D-Va.) and Mark Warner (D-Va.), is earmarked for “organizations working to provide unaccompanied minors who fled violence in Central America with services including temporary shelters and foster care programs.” [Sen. Tim Kaine]

County Extends HQ Lease — Arlington County has extended its lease at 2100 Clarendon Blvd for another 15 years, a move the county says will save $1.6 million annually in rent. “This is a great deal for Arlington taxpayers,” Arlington County Board Chair Jay Fisette said in a press release. “The County will stay in this prime Courthouse location, home to County Government since 1989, at a savings of millions of dollars over the term of the extension.” [Arlington County]

Homeownership Still a Dream for Many Millennials — The Millennial generation is a major force in Arlington’s population and economy, but homeownership remains out of reach for many, including the older portion of the generation that’s getting married and having kids. Contributing to the problem: there is a significant shortage of homes for sale, particularly affordable starter homes, and the new houses that are being built are often higher-end luxury properties. [Washington Post, CNBC]