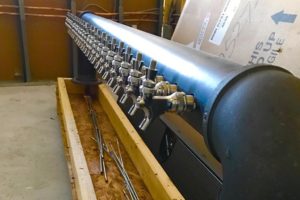 The pace of restaurant openings has noticeably slowed down in Arlington.

That doesn’t mean, however, there are no new restaurants to get excited about in Arlington. In fact there are a number of restaurants — bar-oriented restaurants, in particular — that are coming soon and have the potential to be new go-to spots.

Which of the following are you most looking forward to?

Some honorable mentions not included in our poll, as they seem to be more food-oriented, are Gyu-Kaku, a forthcoming Japanese BBQ restaurant in Clarendon that has not yet applied for construction permits; Bistro 1521, coming to the former Applebee’s space in Ballston; and Stageplate Bistro in Ballston, which is still not open despite being “close to opening” in May.