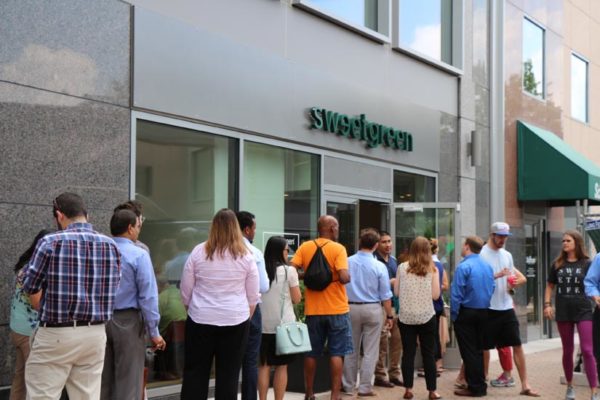 Several indicators of the pace of restaurant openings in Arlington are pointing down this year.

It’s been a tough year for eateries in Arlington, with at least seven restaurants closing in the Clarendon area alone — the latest of which is Park Lane Tavern.

While some new restaurants and bars are on the way, there have been more closings than openings this year, even while the overall Arlington population rises. (By our count: 22 openings and 24 closings, with many of the openings having been for chain restaurants with more than three locations.)

Though it’s not a precise measurement, in years past ARLnow.com has consistently published around 90 articles per year about new restaurants. This year, we’re on pace to publish 72 articles, a decrease of 20 percent.

Meanwhile, Virginia ABC permit applications are down, indicating that the pipeline of new restaurants may also be drying up.

The number of pending permit applications for businesses seeking beer, wine and liquor licenses usually hovers around 20. Currently, it’s at 13, including a number of wholesalers, a few existing restaurants and seven new restaurants that we’ve already reported on.

There’s talk of a national restaurant recession, but some factors particular to Arlington appear to be in play. For one, it follows years of net restaurant growth in the county. For another, a number of the restaurants that closed this year in Arlington were well regarded by others in the industry and not typical of other failed businesses.

“I think the closings this year have surprised everyone and some of them are concepts that people thought were pretty well done,” one restaurant industry insider told ARLnow.com. “Maybe the bubble has burst.”

While we’ve previously reported rumblings from restaurant owners that the Clarendon market in particular was too crowded with restaurants, this insider did not agree that the closings would necessarily be a good thing for the remaining restaurants.

“I’ve always thought it’s better to have a bustling industry where a lot of people are opening and can feed off being known as being in a good restaurant area,” he said. “I don’t know if it’s a good thing to see all of your competitors and everyone around you closing down.”

With continued growth in other parts of Northern Virginia, like Tysons and Loudoun County, it might be that Arlington is losing its status as a dining destination. While the weekend bar scene in Clarendon remains strong, pulling in customers from around the area, Arlington’s restaurants apparently aren’t having such success.

Or perhaps, some speculate, the continued high cost of living has been pushing out the 20-somethings who are key restaurant customers, leaving older residents with children who go out to eat more sparingly.

Either way, 2016 will be known as a bloody year for the local restaurant biz.

“It’s unbelievable how many places have closed,” said the insider.