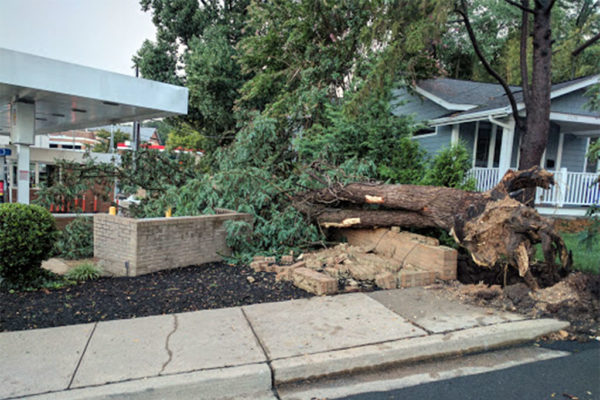 Complaint Begets No Parking Signs Begets Complaints — Residents of a dead-end street in the Woodmont neighborhood are complaining after Arlington took eight street parking spaces away, and WaPo is on it. The no parking signs went up in response to a resident’s complaint about the street being too narrow. [Washington Post]

Driverless Van Update — Who or what is behind the driverless van spotted cruising around Clarendon yesterday evening? We still don’t know for sure, but a Virginia Tech spokeswoman offered “no comment” this morning in response to our inquiry. [ARLnow]

Route 110 Lane Closures — “Route 110 at the Route 27 interchange and local ramps will have nighttime closures from Monday, Aug. 7 to Thursday, Aug. 24 in order to install bridge beams, according to the Virginia Department of Transportation.” [VDOT]

Yelp Says Nope to Arlington — Online review site Yelp has leased 52,000 square feet of office space near the Verizon Center in D.C. for a new East Coast hub. The company was also considering office space in Rosslyn but, despite its CEO’s Arlington connection, decided against it. [Washington Business Journal]