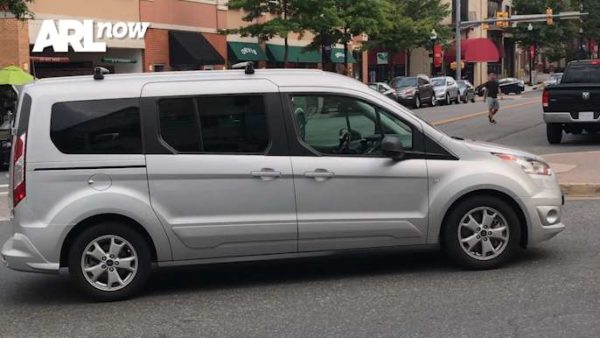 As noted this morning, Virginia has made it legal to test self-driving car technologies in the Commonwealth.

That policy is getting additional attention after a seemingly driverless van was spotted driving around Clarendon last week and, this week, was revealed to be a human-driven Virginia Tech research project.

While the mysterious van was not self-driving, automated vehicle testing is expected to take place in Northern Virginia, as we wrote last week.

VDOT and FHWA recently announced that Virginia Tech would be conducting automated vehicle testing along I-95, I-495, I-66, Route 50 and Route 29. The announcement did not mention testing on primary streets along Metro corridors, however WTOP reported in May that “self-driving cars already on Virginia roads, even if you don’t realize it.”

Self-driving vehicles have the potential to save thousands of lives each year by reducing human-caused crashes while also freeing up drivers to focus on other tasks during their daily commute. Such technology could also become an economic engine for the region, should Northern Virginia become a leader in the field.

On the other hand, testing a new technology in a heavily populated region certainly comes with risks. And many fear the unknown with self-driving cars: what if the tech has flaws and causes crashes?

What do you think of automated vehicle testing in Northern Virginia?

Read more →
More Stories
Morning NotesCrime Report: Someone Broke into a Rosslyn Apartment and Cleaned It