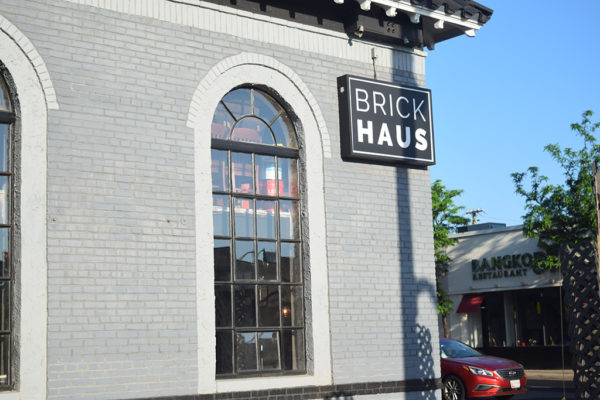 After months of delays and regulatory hurdles, new Columbia Pike beer garden BrickHaus is set to open on Labor Day.

The 2900 Columbia Pike restaurant will open its doors at 2 p.m. with full service inside and a range of freshly tapped beers and new food. Reservations are not available, and the patio will not be open until October, owner Tony Wagner said in a Facebook post.

It's time to celebrate! BrickHaus is at long last opening our doors on Columbia Pike on Monday, September 4th. Doors…

Most construction on the space has been finished since May.

BrickHaus will be a beer garden on the first floor, with some 20 beers on tap and an approximately 30-seat outdoor patio. The second floor mezzanine will have upstairs dining with a menu including steaks, German food and other entrees.

It will offer mostly regional brews from Virginia, D.C. and Maryland, in addition to perhaps a couple of German beers. Wagner said draft wine will also be available.

The aging building has received an extensive renovation after being vacant for years following the departure of Blanca’s Restaurant.

“The oldest building on Columbia Pike will come to life once more, letting it all hang out!” Wagner wrote.