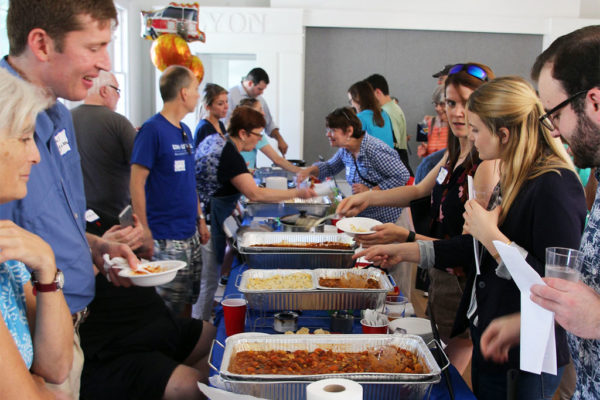 Today Is ‘Terrible Traffic Tuesday’ — Today is the Tuesday after Labor Day, when students in Arlington and around the region go back to school. As a result of the extra school buses, parents and students on the roads, and the end of summer vacations, it is also dubbed “Terrible Traffic Tuesday” by AAA Mid-Atlantic. In reality, however, the day after — which now has a name: “Woeful Wednesday” — is worse in terms of commuting times, and next week should be even more woeful. [Washington Post, WTOP]

Chili’s Dying Out in D.C. Area — The Chili’s in Bailey’s Crossroads has closed. The restaurant chain closed its Crystal City location last year and its Reston location the year before that. The nearest Chili’s to Arlington is now along Route 1, outside the Beltway, in Fairfax County. [Twitter]

Roosevelt Profiled by Conservative Media — GOP candidate Adam Roosevelt is getting some attention from conservative media outlets. Roosevelt “is a moderate Republican running for the Virginia House of Delegates against current Democratic Delegate Alfonso Lopez, who has never before faced a GOP opponent during his six years in office,” writes the Daily Caller, calling the district he’s running in, which includes part of Arlington, “far left.” The lead sentence in Newsmax’s article about Roosevelt has a different focus: “A conservative Republican candidate for the Virginia House of Delegates, who happens to be black, has recently emerged as one of the most spirited advocates of keeping Confederate statues up in the Old Dominion State.” [Daily Caller, Newsmax]

Webb Removed from Civ Fed Debate — School Board candidate Mike Webb has had his invitation to tonight’s Arlington County Civic Federation debate — the unofficial kickoff to campaign season in Arlington — rescinded because he reportedly “failed to return required paperwork in time to allow participation.” Allison Dough, the other candidate to challenge Democratic endorsee Monique O’Grady, has said she has other commitments and will be unable to attend the debate. [InsideNova]

Arlington Man Evicted From ‘Big Brother’ House — Arlington resident Matt Clines, 33, has been evicted from the Big Brother house. Clines had advanced about half-way through the CBS reality show before being voted off. [Reality TV World, Parade, Hollywood Reporter]