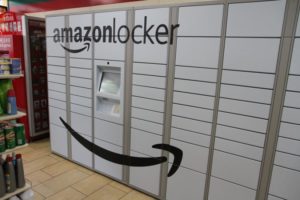 Online retail behemoth Amazon just announced that it is searching for a place to build a second headquarters, and Arlington officials say the county is tossing its hat in the ring.

Amazon is looking to build its “HQ2” in North America, in a metropolitan area with a population over 1 million and room to build up to 8 million square feet of transit-accessible office space in a pedestrian-friendly setting. The new headquarters is expected to come with $5 billion worth of investment and will create up to 50,000 jobs, with an average salary north of $100,000.

Other requirements include being within 30 miles of a population center and no more than 45 minutes away from an international airport.

Arlington, officials say, could fit the bill — and the county is planning to respond to Amazon’s request for proposals.

“Yes, we will be pursuing the opportunity,” said Arlington Economic Development spokeswoman Cara O’Donnell, adding that it is “too early to say which specific locations would be under consideration.”

One potential option is Arlington’s Crystal City neighborhood, which has a burgeoning tech scene and an existing plan to build up to 9.7 million square feet of office space, partially through the demolition of aging, vacant office buildings. It is also transit and highway accessible, within walking distance of Reagan National Airport and much of its office space is owned by one company.

Another option is Arlington’s millennial-heavy Rosslyn-Ballston corridor, along the Orange Line. Rosslyn recently scored Nestle’s U.S. headquarters and Ballston has been active in trying to attract tech companies and fill soon-to-be-vacated office space.

O’Donnell declined to say what Arlington’s pitch to Amazon will be, but the transit accessibility and skilled, young professional workforce is likely to be a selling point. Economic incentives and tax breaks from the county and the state will also undoubtedly be involved — Amazon has stated that will be a determining factor.

Competition for the new headquarters will be intense, as the winning jurisdiction will be instantly transformed into a formidable technology center. In the Washington region alone, D.C., Loudoun County and Prince George’s County have already indicated that they will also be pursuing Amazon.